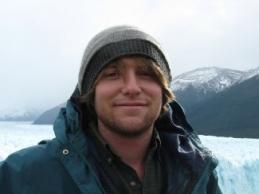 I am a freelance writer with a degree in Journalism and a minor in Technology Media Arts from the University of Colorado in Boulder. As a writer for the last seven years, my principal focus has centered on technology, art, music, business, and outdoor living. About me? I'm an experiential explorer searching for the next mountain vista.

The first electrically transmitted telephone call was made in 1876 by inventor Alexander Graham Bell to his assistant Thomas Watson. In the call, he cried the now-famous words, “Watson come here! I want to see you!”

Fast-forward nearly 150 years, and it finally looks as though the sun is setting on this 19th century technology. Already 25% of Americans have cut the cord on their traditional phone service, opting for more modern and less costly technology brought by advances made in mobile-web technology over the past few decades.

But what exactly is replacing the traditional standard-bearer of communication technology? While many Americans are opting to rely on their cellphones for personal use, the demand for the steady service offered by office lines still exists. That's why many American businesses, who demand more from their communication technology, are wiring into the web, using a service known as voice over Internet Protocol (VoIP).

On the surface, VoIP devices appear like a telephone service. But instead of plugging into a phone jack, VoIP phones hook into an adapter that plugs into a modem or to your computer, connecting your service with the internet.

VoIP converts the audio signals transmitted through your voice into digital data, which is then sent through a broadband internet connection and transmitted. Upon reaching its destination, data is transferred back into audio waves. While it sounds technical, the process of making and receiving calls with VoIP is virtually (no pun intended) the same, but with many additional benefits.

Traditional phone lines are expensive, and with internet technology, they are altogether unnecessary. VoIP can do everything a phone line can do, but for a fraction of the cost. For traditional phone services, each additional line incurs startup costs, monthly recurring usage charges, and additional tax costs. Furthermore, traditional phone lines typically require significant physical hardware along with substantial installation and maintenance costs. Internet telephone providers, on the other hand, generally require much less hardware and are much cheaper to install and maintain.

VoIP service plans are much more budget friendly for long distance and international calling. Many VoIP providers deliver free limited international calling (a specific amount of minutes provided each month) and free unlimited long distance calling within the United States and Canada. In addition to lower long distance rates for VoIP services, two callers on their computer can generally speak freely for as long as needed, no matter where in the world they happen to be, without incurring additional costs because the service is provided via the internet.

It is shocking how many high-capability features are available for even the most VoIP basic plans. All the services offered by a landline are available on VoIP, but at a fraction of the cost. A basic VoIP will generally come equipped with business landline standards such caller ID, call forwarding, call blocking, call waiting, three-way calling and voice mail. However, VoIP is accessed through computer networks which adds functionality that most businesses will find to advance productivity. For example, with VoIP you can access voicemail through your computer's email or mobile devices.

With VoIP, Bell would not have necessarily needed to tell Watson to “come here” so that that they could see each other. VoIP adds video conferencing features that will greatly increase the effectiveness of company communication. The conferencing capabilities offered by VoIP are truly amazing and make the switch worthwhile for all businesses working in physically dispersed locations.

When a call is received with VoIP service, all your devices can be configured to ring at once. This means an employee cell phone would ring at the same time as the landline, increasing your company's availability for the customer. Need to leave the office but are expecting an important call? In this scenario, VoIP services could save the day, allowing you to catch the important call while maintaining productive mobility. By capitalizing on the flexibility features offered by VoIP, businesses can boost productivity while at the same time providing better service to the customers.

The are many other benefits to using a digital-based phone system to the analog version transmitted through aging phone networks. With VoIP, voicemail and phone services can be accessed through a web and email interface on your computer. Through this one application interface, the work such as adding additional lines for new employees or new locations that once required calling the phone company can be done with no headache or wait time. As your business expands into new locations or hires new employees, additional phone lines can be added in-house with no additional costs by simply hooking up another device to an internet connection.

5. Straight forward setup (Making the jump is easier than you think):

While the technology used by VoIP is more advanced than the telephone, the actual user experience is easier to use and much less complicated to setup. Your landline service can be converted or augmented today with VoIP service without much trouble. To convert to a VoIP service, a business simply needs to purchase a plan, rent or buy some VoIP equipped phones, plug them into an internet connection and the service is good to go.

With all the added features, the lowered costs, and the ease of installation, it's no wonder that VoIP is fast becoming the industry standard for telecommunication in the 21st century. While we are thankful and recognize the weight of Bell's invention so many years ago, the time has come to say goodbye to physical phone system of the past and say hello to the internet phone system of the future.