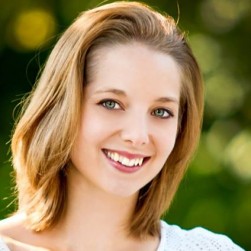 I am a well-rounded 30 year old mother of two, living in rural Massachusetts. I have held many different types jobs and have visited numerous parts of the US as well as other countries. I stay home with my children and provide fitness training to friends in my free time and volunteer with my church. My writing style is engaging, raw, authentic and a bit humorous. I've dabbled in a bit of everything and writing is one thing that I have always succeeded in and had a passion for.

My favorite adventure of the day happened thanks to my rule-breaking tendencies. My friend Piero and I were exploring some ruins in Rome's city center. This was part of an exhibit and it wasn't well policed. We came upon a few entrances to mysterious and intriguing hideaways that were blocked and roped off, suggesting that tourists should not enter. So of course, I understood this as a mere suggestion and committed to being a bit rebellious. As most of you know, curiosity killed the cat, or in my case scraped and bruised the cat. I ducked under one of the ropes and into one of the pitch-black hideaways to investigate as Piero followed nervously. I was digging in my purse for my phone so that I could light the way and as I was cautiously stepping and trying to feel my way around, suddenly there was no ground beneath me when I went to take my next step! Whoops. I was falling and it was so dark I couldn't see anything as I fell. At that moment I felt quite sure that I was diving into the abyss and this was the end for me. After falling for what felt like forever, I hit the ground rather hard and was quite alive. We were still in pitch black and Piero had no idea what just happened or where I was. I called to him and told him to stay put because I'd fallen off the path and I didn’t know where the drop was. When I collected myself and climbed my way back up to the ledge or whatever the heck I fell from, I guess Piero assumed that I was going to want to rush out of there crying and wanting to go home. “Okay let’s get out of here and get you home,” he said.  I stood up, “No. No way. Just wait, I have to find my phone. I need to see where we are and what this is,” I said as I felt around inside my purse.  Once I found my phone I shed some light in front of us and saw that I had merely fallen down some decrepit steps and into a leveled cell or chamber.
It was nothing spectacular but it was still worth the fall because we went where we weren’t supposed to and saw what was not meant for us to see. We collected my sunglasses which had catapulted from my hand during my tumble and headed back out to the main hallway. I had a renewing sense of accomplishment and blood running down my legs as we set off in search for some much deserved vino.