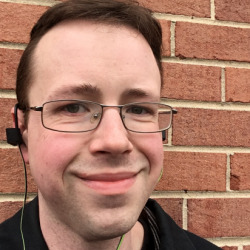 Hello! I am a deadline-driven writer who prides himself on delivering well-written content on time, every time. I have experience writing about many topics, including finance, education, history, literature, science, and home improvement.

I enjoy working on my clients' articles because they are always an opportunity to learn. If you have a direct order or want to learn more about my approach, please don't hesitate to send your order or questions my way!

Note: Written in 2011 before the NFL adopted its current bargaining agreement, and before Ray Lewis retired.

Next Season’s Forecast? Stupid with a Chance of Injury

Let’s say you're an NFL running back. Your job is to run around with a football, which sounds easy and fun. But every time you carry said football, eleven men, each weighing between 190 and 360 pounds, will try to tackle you in a violent fashion. Their job is to break you.

Not so fun? Ok, let’s try the offensive line. You weigh 340 pounds and are the first person your friends call for help when they move. Unfortunately, you’re usually pretty sore during the work week: Your job entails running into another man of similar size and strength, punching him in the torso, and then grappling with him until the play ends (unless he pisses you off, in which case you keep grappling after the play is over). You do this at least once every 40 seconds for as long as your team has the ball.

You get paid a lot, yes, but every time you show up for work your career could end. Tendons snap. Legs break. Knees shred. And even if nothing immediately catastrophic happens, every hit you take or block you throw will, by definition, shorten your career.

Oh, and now your boss wants you to do that for two extra games every year so that the company make more money. NFL commissioner Roger Goodell, as well as many of the league’s team owners, are pushing for an 18-game regular season (up from the current 16) as part of the next Collective Bargaining Agreement. In an era where players are extremely strong and ridiculously fast, exposing these athletes to two additional games per year is begging for injury.

Goodell’s insistence on an extended season wouldn’t be so ridiculous if he wasn’t hypocritically preaching for increased player safety at the same time. After the violence of Week Six of the current season, the NFL announced it will increase the penalties for helmet-to-helmet hits. Additionally, for years the league has been implementing rules that restrict the way quarterbacks, one of the more vulnerable positions, can be tackled. Since it’s really hard to injure a player when he’s not playing (aside from gunshot wounds, Mr. Burress), increasing the season’s length doesn’t line up with the league’s desire for safety. And the fact that the two extra regular-season games would simply replace two preseason games is a moot point: Starters—the players who would be exposed to the most punishment in an 18-game season—do not play much during the preseason and the action is generally less intense.

How dangerous is a regular season NFL game? According to an article on Popular Mechanics’ website, an average-size NFL defensive back—generally, the smallest player on the field—can produce up to 1600 pounds of tackling force. NFL players can usually withstand these hits thanks to their body armor, but that is not always the case. The same article says that the knee’s anterior crucial ligament can withstand 500 pounds of pressure…or less than one-third of the maximum force produced by our defensive back. If the defensive back’s tackle is concentrated on a small enough area—such as, say, a knee—the body cannot hold up. Again, this reiterates that an NFL career can end on any play. It’s like having a chance of being fired for walking into your cubicle the wrong way.

Think two extra games doesn’t sound like much? Let’s examine Adrian Peterson, one of the league’s top running backs. In 2009, Peterson touched the ball 357 times, counting carries and receptions. He scored 18 touchdowns, so that’s 18 plays where he may not have been tackled (though he probably was on many, as goal-line runs are extremely violent). And he could have run out of bounds on many plays, so let’s erase another 100 touches (a generous estimate, given Peterson’s aggressive running style). This is all conjecture, but that still leaves about 249 times where large, angry men brought Peterson down. Assuming Peterson gets the same number of touches per game, an 18-game season would expose him to somewhere around 30 extra assaults. And this isn’t just one man bringing Peterson down, either: The hallmark of good defense is multiple defenders swarming to the ball, causing several impacts on the carrier.

Defenders face risk as well. Last season, linebacker Ray Lewis made 134 tackles. That’s 134 times where he launched his body into another person. Then there’s all the plays where he ran into people he wasn't trying to tackle (Lewis has to deal with blockers as well). Anyway, 134 tackles prorated into an 18-game season would be about 150 tackles, or 16 extra hits, plus all the “phantom” collisions a linebacker goes through while tangling with blockers.

Why bring up Peterson and Lewis, other than their excellent purple jerseys? They are elite starters, players who stay on the field much of the time and are therefore at the most risk. Peterson and Lewis also are the type of player the game would suffer the most without should they wear down because of a more grueling schedule. An 18-game regular season would give us two extra chances per year to observe NFL players, but we should be more worried about how many more years we get to watch these athletes.