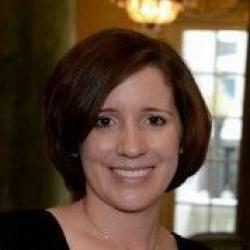 In his novel Candide, Voltaire spends a lot of time poking fun at society and mankind, covering a wide range of topics including religion, politics, freedom, optimism, and many more. In other words, Voltaire thoroughly covers what he thinks is wrong with society. What is more difficult to see is what he would consider to be a perfect society. There are three instances in the book where Candide is arguably in a perfect society. These three stand out because they are where Candide was happiest and they are also all separated from the “real world” and in this way are like the Garden of Eden. The first of these places is the castle of Westphalia where Candide grew up, the second is the city of El Dorado, and the third is the garden at the end where he and his friends are employed in industry. It is by studying the qualities of these places and Voltaire’s opinions on the Garden of Eden and the Fall that we can begin to guess what, to Voltaire, is the perfect society.

The first Garden of Eden in Candide is the castle of Westphalia. This place is not the Garden of Eden because of its richness and grandeur, but rather because of the happiness that Candide has there. Candide lives a simple, happy life in the castle, a life where he isolated from the pain and sin of the world and, because of this isolation, is able to easily believe the teachings of Pangloss. Pangloss teaches “That things cannot be otherwise than as they are; for all being created for an end, all is necessarily for the best end” (Voltaire 356). But Candide’s peace and comfort was not to last. He was kicked out of his Eden because he kissed Cunegonde, which is similar to Adam and Eve being kicked out of the garden for eating the forbidden fruit. This thrusts Candide out into the cruel, sinful world where he questions Pangloss’s teachings over and over again. It is by being separated from his paradise in the castle of Westphalia that Candide is able to learn, through his own experience, that he does not live in the best of worlds.

The second Garden of Eden is the city of El Dorado. El Dorado seems to be the perfect society, with no fighting, suffering, or unbalanced power. Like the castle of Westphalia, it is also separated from the world. This isolation from the world is what makes the happiness of the people of El Dorado possible. The landlord Candide stayed with in El Dorado explained, “But as we are surrounded by unscalable mountains and precipices, we have managed so far to remain hidden from the rapacity of the European nations, who have an inconceivable rage for the [gold] of our land, and who , in order to get some, would butcher us all to the last man" (Voltaire 383). El Dorado, like the Garden of Eden, is safe and separate from the evils of the world, but Candide chooses to leave it behind. Once again, it is his desire for Cunegonde that causes his separation from his haven. But Candide has another reason for leaving. He says, “If we stay here, we shall be just like everybody else, whereas if we go back to our own world, taking with us just a dozen sheep loaded with Eldorado pebbles, we shall be richer than all the kings put together” (Voltaire 384). Candide wants to leave because he is proud and wants to elevate himself above his fellow men, which is similar to the Adam and Eve wanting to be as the gods.

The third Garden of Eden is the garden that Candide lives in at the end of the book. He tends it with his friends and, as Voltaire writes, “The whole little group entered into this laudable scheme; each one began to exercise his talents. Everyone […]did something useful” (Voltaire 413).  This work absorbs Candide, distracting him from the sins and sorrows of the world and keeping him too busy to discuss philosophy with Pangloss as he once had. The garden is also isolated from the world. They cultivate their garden on the advice of a neighbor, who they had asked about politics, and who replied, “I never listen to the news from Constantinople; I am satisfied with sending the fruits of my garden to be sold there" (Voltaire 413). Candide, although his position as a landowner means he has some affluence and power, adopts this way of thinking and stays out of the corrupt local politics and instead concentrates only on his garden.

This message that utopia is attained by ignoring what is wrong with the world and just working hard seems a little counter-intuitive because Voltaire was so involved in politics and change during his time. The reason Voltaire gives for this paradise that contradicts his own way of living is given when Pangloss says, “For when man was put into the garden of Eden, he was put there ut operaretur eum, so that he should work it; this proves that man was not born to take his ease” (Voltaire 413). It seems that Voltaire, like many others of his time, felt that the Fall of Adam and Eve was a tragedy that made a perfect society impossible to attain. There is more evidence of this earlier in Candide when an officer of the Inquisition argues against Pangloss’s assertion that “All this is for the best […] it is unthinkable that things should not be where they are, since everything is well” (Voltaire 363). The man replies, “It would seem that the gentleman does not believe in original sin, since if everything is for the gest, man has not fallen and is not liable to eternal punishment” (Voltaire 363). This is an argument that makes Pangloss look a little ridiculous. It is also an argument that Voltaire does not contradict. The perfect society has been lost forever because of the Fall of Adam and Eve and mankind lives in a fallen state. The best we can do, Voltaire seems to be saying, is to try and make our own, imperfect Gardens of Eden.

The first Eden in Candide, the castle of Westphalia, does contradict this conclusion a little. It is, after all, by leaving this Eden that Candide, or at least the reader, is able to see how foolish the teachings of Pangloss really are. They do not hold up in the fallen world of vice and pain. But the hopeless state of the world also lends strength to Voltaire’s argument that a perfect society cannot exist in the world because all men are born in sin.

Candide learned many things about the fallen state of the world when he left his first Eden. But the most important lesson he learned is that he should never have left his Eden in the first place. Because of the Fall of man, Voltaire argues, man can never form a perfect society on earth. By imitating the conditions of the Garden of Eden, as in El Dorado and Candide’s garden at the end did, man can come close to having a perfect society. But Voltaire has concluded in Candide that a perfect society is lost to all mankind forevermore.