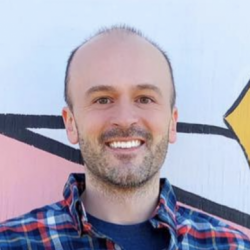 I spend my days working in marketing with experience in CPG, b2b, b2c, Fortune 500, real estate, and non-profits. Ur

4 reasons why auto marketers should talk to boomers

The warm season comes with increased new car sales, and if you look closely at who's behind the wheel, you may be surprised. 63 percent of today's new car market is made up of the 50 to 68-year-old demographic. After a lifetime of hard work, saving, and planning, Baby Boomers are ready to spend. Take a look:

Yet, Boomers have been forgotten by auto marketers large and small. Here are the top four reasons this unique market shouldn't be left in the dust.

The over 50 demographic is worth a lot. Their average net worth is $416,000, nearly double that of the 18 to 34-year-old demographic. Why, you ask? Boomers have very little debt and likely own their homes while their younger counterparts owe large education debts and inherited a flatter economy. Currently, older Americans own 63 percent of all U.S. financial assets and no savvy company can ignore that power. The fact is clear: Boomers are in a better position to purchase new cars.

Boomers are going through what you could call a second coming of age. They are moving through many changes in life. Some become empty nesters and can finally trade in the station wagon for the car they've always dreamed of. Others have chased the American Dream all their lives and are rewarding themselves at the 50-year-old milestone. No matter what is driving them, one in three Boomers plans to purchase a car in the next three years. According to a study by the University of Michigan's Transportation Research Institute, the peak probability of buying a new car has shifted from the 35 to 44-year-old age group to the 55 to 64-year-old one. Not only are Boomers primed to purchase new cars, they will purchase more than one. On average, this population will purchase five cars after age 50!

LOYALTY IS A MYTH

It's a common misconception that Boomers are loyal only to American-made classics. Toyota's Venza campaign is debunking this myth by enjoying sales that were up 11 percent in 2013. But it is not a question of domestic versus import. The 50+ consumers, being savvy buyers, seek quality and design that are suitable to their needs.

While we're in the spirit of myth-busting, don't be so surprised that 50 to 68-year-olds are active online. In fact, nearly 9 out of 10 use the Internet on a daily basis, and not just to check their emails. Eight million 50+ Americans browse online to gather facts about buying cars every month.

Considering 92 percent of Boomers with household incomes of over $60,000 are online, it would be a costly mistake to ignore the Greatest Generation.