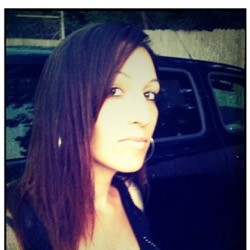 Hello there, my name is Micaela Fillmore-Stephens and I'm a free-lance writer, editor, novelist and essayist. With published work throughout the United States I enjoy creative writing, technical writing, blogging and social or relationship commentary. Currently I am also working on a personal experience novel.
I am expert in Office Suite programs, Adobe Suites, Google Docs, Wordpress and other word processing programs. I have experience with countless computer applications including graphic, word processing, creative, financial and systems programs.
I also am an accomplished artist, creativity is my passion. I worked professionally as a tattoo and traditional artist for over twenty years. I work within all paint and drawing mediums.
I have stepped back from the typical workforce experience for a couple years to raise my children and work from home as a ghostwriter, freelance artist and designer and copy editor. I currently work as a freelance writer and editor for some of the largest companies in the industry.
I am a punctual and creative writer in many disciplines. Please make sure to check out my portfolio of writing at nwalifestyle.wordpress.com.
I also have a copy of my resume on my website and contact info as well.

Society depends on financial ‘whistleblowers' to do the difficult job of protecting Americans against corporate greed and educating the public on possible unethical and illegal banking practices. With the competitive nature of the banking market and large incentives for top producers, some bankers fall guilty to bending compliance and ethics standards in order to hit their quotas. But, for one of America’s favorite banks, Wells Fargo, these practices all came to light in 2016.
The Wells Fargo Fiasco

Wells Fargo is now involved in a massive scandal where managers reportedly forced employees to open fake customer accounts, manipulate loans to draw late fees from borrowers and work through the night to shred evidence of their wrongdoings. Wells Fargo reports that approximately 3.5 million potentially fake bank and credit accounts(CNN). In addition to the fake accounts it is also reported that about 190,000 accounts were charged unnecessary fees and 528,000 accounts were enrolled in online bill pay without authorization(CNN).

Wells Fargo fired the Pomona, California branch manager for using the very protections the government put in place to protect Americans from this egregious behavior: the Wells Fargo’s Whistleblower Hotline. OSHA has since ordered Wells Fargo to reinstate the whistleblower’s position, awarded $577,500 in back pay, damages and attorney fees(CNN). In addition Wells Fargo must post employee notices regarding federal whistleblower protection laws.

In early September 2016 Wells Fargo agreed to pay several sets of refunds, including: $6.1 million dollars for unauthorized credit and bank accounts, $910,000 for improper online bill pay enrollments and $142 million for a class action lawsuit to cover fake bank accounts(CNN). Wells Fargo’s CEO, Tim Sloan, also released a formal apology:"We apologize to everyone who was harmed by unacceptable sales practices that occurred in our retail bank,"(CNN).

What Is So Bad About The Wells Fargo Situation?

For starters, they ignored important regulations set in place to protect consumers. The Dodd-Frank Act and Sarbanes-Oxley (SOX) call for internal audit and whistleblower hotline requirements for public companies to encourage unethical and illegal practices to be reported, and a safe medium to voice compliance concerns and protect shareholders without the risk of retaliation.

What Can We Learn From This Situation….

Where do we place the blame? Is it the managers who covered up the illegal activity or is it the system that creates an atmosphere of unrealistic quotas, seemingly pushing employees to this behavior? Many critics argue that this is a classic case where the “tone at the top” granted managers and staff to do whatever it took to create profits and appease investors, no matter the cost.

After investigators looked deeper, it wasn’t just a few rogue managers trying to hit their sales goals, it was a systemic culture of pressure and lack of oversight that led to these issues. These practices Include:

⦁ Pressure to meet impossible sales targets at branch offices
⦁ A lack of accountability from the board and audit committee in enforcing proper controls
⦁ Lack of respect for the corporate procedures put in place to protect everyone.

How Can Other Companies Learn From This Situation

Many look at the Wells Fargo Problem Hotline as a learning experience. Wells Fargo has promised to take many steps to make things “right”. They have stated they are installing new leadership and will hold executives accountable by adjusting compensation. Some additional steps would include working with the board to confirm that the company’s Whistleblower policy is appropriate and suited to the company and hold regular training for both new and existing employees to solidify their understanding of the company’s procedures.