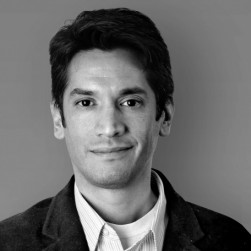 I have a master's degree in Library and Information Science. My thesis earned the Dean's Achievement Award and later developed into an academic textbook published in 2011.

I'm a single dad of color to a toddler. He is on a strict gluten-free diet so I'm very familiar with gluten-products and the gluten-free lifestyle. My son and I cook together often, read every night, and tinker with inventions like a Mustang Shelby boxcar we made on our porch.

My grand ambition is to write a series of children's books that will be turned into a television series and ultimately lead to the sale of merchandise. I've already started writing and secured a very talented illustrator.

It's going to be an awesome series.

Knowing Where to Put the "X"

Finally, after repeated pleadings, our protagonist agreed to take a shot at solving the problem. Within a day, he identified a defective part. He used a piece of chalk to write an "X" on it. "Replace that and you'll be up and running again," he said.

Our hero happily created one:

It's not known whether he was compensated in full or even if this story is real, but it illustrates an important point: Time does not equal expertise. Your value comes from the time you have spent acquiring the knowledge, experience, and expertise to solve problems, not from how much time you spend solving the problem.

You cost money. Don't be afraid to own that.