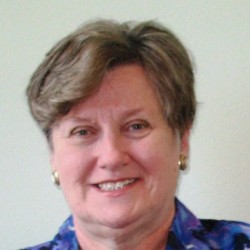 I earned a degree in journalism from George Washington University and was employed at the Dover Daily Advance for a year before marriage and children. After 12 years as a stay-at-home mom, I returned to the workforce and decided that I wanted to pursue nursing. I graduated nursing school second in the class and worked as a school nurse until 2006 when I retired and decided to return to writing. I have written for numerous websites and enjoy returning to my first ambition. I also paint and have received five blue ribbons, and am an orchestra member.

Obesity Rates Rising Despite Nationwide Efforts To Halt It

In 2010, the federal government launched “Healthy People 2020,” an effort to improve the health of Americans which included a goal of lowering obesity rates. It doesn’t look like the goals will be reached, or even nearly reached.

Sadly, in 2017, we have reached an all-time high in obesity statistics. Nearly 40 percent of adults and 19 percent of children and teens are obese. Since 1999, the rates have been soaring.  Adult obesity has risen 30 percent and youth rates are up 33 percent. The original goals of the federal program were to lower the rates to 14.5 percent and 30.5 percent for youth and adults respectively.

“I have no expectation at all for Healthy People 2020 to be achieved,” said Michael W. Long, assistant professor of public health at George Washington University. He also said the government has not done enough.

Other predictions are even more unsettling. The OECD (Organization for Economic Co-operation and Development), a widely-cited source for economic and social statistics, predicts a rising adult US obesity rate will hit 47 percent in 2030.

“It’s difficult to be optimistic at this point,” says Dr. Frank Hu, chairman of the Department of Nutrition at Harvard University. “The trend of obesity has been steadily increasing in both children and adults despite many public health efforts to improve nutrition and physical activity.”

Obesity is determined by the BMI (Body Mass Index), a formula using weight and height. A person is said to be obese with a BMI of 30 plus. A morbidly obese person has a score of 40 plus, a group whose numbers are also increasing. At present, nearly 10 percent of women and five percent of men are morbidly obese. The person of normal weight person is now in the minority.

The consequences to the individual and the economy are enormous. It can lead to heart disease, stroke, diabetes, arthritis, some forms of cancer, Alzheimer’s, and hypertension. The cost of health care annually is $190 billion and most likely will increase.   It takes up 18 percent of the GDP.