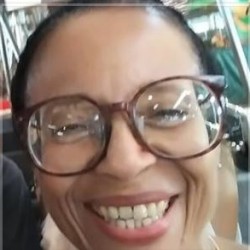 Born in New York, educated in Washington DC and in North Carolina, came to California to seek my fortune. Still looking. Profile picture shows me in Disneyland with a friend (not in the picture) last year.

Former Peace Corps Volunteer, currently serving on the East Hollywood Neighborhood Council as the Arts & Culture Representative and on the board of Los Angeles Choreographers and Dancers.

The Black Widows To Perform Live at Los Feliz Fair

The Black Widows rock band will appear on the main stage live at the 2013 Los Feliz Village Street Fair at 6:15 pm on Saturday, September 7.

(Newswire.net -- August 23, 2013)  Los Angeles, CA -- The carefully constructed bad boy reputation of The Black Widows might be ruined if word got out that at least one of them is a really nice guy.  So that statement will not be made.  Instead, let it be known that their music is "all instrumental, all original, and all evil." They even wear black hoods to protect their identities, and  you can see them live at the Los Feliz Village Street Fair on Saturday, September 7, 2013, at 6:15 pm.

Sponsored by the Los Feliz Village Business Improvement District, this year's fair celebrates the twentieth anniversary of the event and takes place as usual on Hillhurst Boulevard between Hollywood and Franklin all day, from 11:00 am to 11:00 pm.  Last year, talented local artists and musicians entertained a diverse crowd of over 30,000 people.  "It's always been a lot of fun, but this year it's going to be better than ever," said John Abreu, one of the event's promoters.

The Los Feliz Village Street Fair originated in the early 1990's out of the desire of a few restaurant owners to thank the community for their patronage.  Since then, it has grown explosively into a celebration of scores of talented local shops, restaurant owners, artists, and musicians.  Organizers have dubbed this year's event as "the ultimate block party."

A portion of the proceeds from the event will be donated to People Assisting The Homeless (PATH), a nonprofit organization.  If The Black Widows would donate their time and energy to such a cause, one might come to the conclusion that they're all really nice guys.  But no, of course not.  Fans of The Black Widows may rest assured that they're only doing it because they're talented, they're cool -- and if you've got the nerve to show up for their gig, they'll prove it.

For more information on The Black Widows, contact them by mail at P.O. Box 41264, Los Angeles, CA  90041, or via email at  blackwidows@live.com.  www.theblackwidows.net.