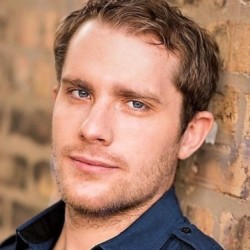 I have been writing since I could hold a pen and it’s always been a passion of mine. I started out writing short stories during lunch at school and I’d sell them for five dollars a piece. Ever since, I believed I could make a name for myself doing it and I work to ensure my passion is apparent with every project I put my mind to.

I’m also currently in school to be a nurse so I have some knowledge of human anatomy, medical terminology and physiology. In my free time I also write (big surprise), travel when I can, train jiu jitsu, paint very bizarre pictures and try my best to enjoy life.

I look forward to working with you, whoever you might be, and I appreciate you taking the time to get to know me a little bit.

We’ve all been there; it’s the afternoon lull, an obscenely large lunch is sitting like a rock in your stomach, your eyelids are beginning to shut, and there’s still half a work day left. There are many solutions to combat this infamous scenario, and not all of them are legal.
However, lucky for us, coffee is legal, and it is here to stay.

Caffeine, a drug in its own right, has been known to improve focus, enhance energy, and turn liberal arts majors into engineering students. The latter is not a scientific fact, however. Coupled with a healthy, balanced diet, numerous studies show that caffeine can do wonders for mental clarity and performance. If you’ve ever wondered about how your favorite hot drink works its magic, then this is the article for you. Here are five ways coffee is good for your sleepy brain:

There is a whole lot of scientific jargon involved when it comes to describing the different parts of the brain, but I’ll be merciful and spare you the long-winded technical talk. All that you need to know is that caffeine acts as a stimulant, thereby stimulating the specific areas of the brain that affect cognitive focus.
Your mileage may vary, but in most people, the caffeine induces a mild effect that can briefly tear you away from the Netflix queue just long enough to write that ten-page paper, or allow you the energy to give a rousing speech. Basically, it awakens you to your greatness.

Much like the previous section, similar areas of the brain are affected in the pre-frontal lobe, which, you guessed it, has to do with focusing and memorization. Caffeine acts as a barrier against a certain chemical your brain releases called adenosine, which normally inhibits hyperactive brain activity.

With this chemical out of the way, these mental sparks are allowed to run freely throughout your system, potentially giving you not only a short-term increase in memory retention, but also long-term benefits.
Studies have shown that caffeine in moderation can help prevent the early stages of Alzheimer’s disease, as well as help treat patients with depression and even Parkinson’s. If that’s not a reason to drink more cappuccino, I don’t know what is.

All of this high energy isn’t strictly regulated to work or school or deadlines. Your heart is beating faster from the increased blood flow, which in turn, reaches other…areas of the human body. Studies show that women who ingest caffeine just once a week will see improvements in their sex drive, and men who drink two to three cups of coffee a day may find that what once was not working suddenly is.

Coffee is a natural anti-oxidant, much like wine, which has also been known to boast similar benefits. Along with this, scientists claim that physical prowess also improves, increasing stamina and endurance not only for athletes, but for the everyday bedroom acrobats. With more confidence and passion percolating in the air, this is most certainly a boost your brain will appreciate.

It Can Help Prevent Suicide

It was briefly mentioned before, but it is too big of a perk not to have its own segment. With all of this increased brain activity, sexual activity, and overall clarity, it is not easy to deny the possibility of a complete change of outlook on life.

A 2011 study found that people who drink coffee can cut their risk of depression by nearly 15 percent. Other studies show that improvement in cognitive function itself acts as a therapeutic mental salve, brightening dispositions with each and every brewed bean.

Again, moderation is key. Fewer than six cups a day is what is normally recommended, so don’t be guzzling whole pots of java if you’re feeling blue. But as part of a regular routine, a few cups a day can do wonders for overall mental health.

It Can Lead to a Longer Life

What better boost could your brain need other than knowing that it will be around longer than those snobby tea-drinkers? Time Magazine conducted a study which showed marginal benefits in longevity over those who did not drink coffee regularly. Many compounds in coffee can help lower insulin or inflammation, especially in those who drank moderate amounts on a daily basis.

A decreased risk of stroke was another find, and there are countless other diseases and illnesses that can be mitigated by drinking this magical beverage. The evidence is clear. It’s simple. Just drink more coffee.

Your brain is a miraculous piece of machinery, capable of accomplishing amazing things, but once in a while, it needs to be oiled and refueled. Coffee is the perfect remedy for keeping the proverbial engine running smoothly and perhaps even better than before.
There is a reason caffeine is a major staple in the majority of western diets, and the rest of the world. Millions upon millions of people line up for their shots of energy every day. And there are countless other benefits to drinking copious amounts of Joe in addition to the reasons listed here.
If you want to be smarter, drink more coffee. If you want to live longer and not lose your memory, drink more coffee. If you want to be a sex fiend, drink more coffee. Your brain and your body will thank you.