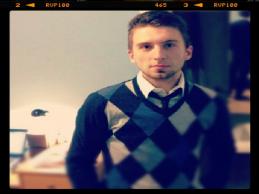 Kopytko is a content specialist and writer based in Illinois. He has contributed to various websites, covering business, marketing and other topics. Kopytko is working towards a Bachelor of Arts in Economics from the University of Illinois at Urbana-Champaign and has previous experience in Accountancy from Benedictine University.

Long foreseen as a trouble spot for the Eurozone, Cyprus remains in tight negotiations with the Troika in order to broker a deal that would lead to a bailout of its financial sector. A government proposal to remove up to 10% from deposit holders in the nation’s banking system to fund a bailout sponsored by the Troika collapsed late Tuesday as none of the nation’s 56 lawmakers voted in favor of the plan. The plan, backed by European central bankers and Eurozone nations, demanded $7.5 billion in funds in return for $13 billion of assistance in order to avert the bankruptcy of the island nation. Without a bailout, Cyprus may face expulsion from the euro and economic malaise. While the island nation does not pose a direct threat to the Eurozone, the rejection of the bailout plan may serve as precedent for other economically unstable nations in the union to withdraw from the common currency. If current negotiations fail, the Cypriot government may be forced to begin planning for a withdrawal from the Eurozone.Although Cyprus is economically insignificant to the United States and is dwarfed in importance by other European nations, the crisis within the island nation has shook the confidence of the Eurozone and brought renewed attention to the financial sector of the region. For American mortgage holders, the news has been more positive as it has brought down interest rates within the United States. The uncertainty caused by the situation in the Eurozone triggered an investor reaction in which riskier assets are liquidated in order to invest in safe investments such as mortgage-backed securities and U.S. Treasury bonds. The more of these investments are demanded by investors, the lower the yield on investment becomes. Mortgage rates typically follow yields, and as such, pushed rates down for home buyers and refinancers. The crisis in Europe, as well as policies implemented by the Federal Reserve, have provided a rare opportunity for home owners to obtain lower rates on their mortgage. The mortgage refinance rate has not reached such lows in some time, and continued pressure by government officials should allow the rates to remain artificially low. However, home owners and borrowers should act soon, as there is little promise that the rates will continue to remain low as the economy begins to recover. However, if the situation within the Eurozone worsens, rates may continue to decline as investors divest. While the U.S. is currently facing a debt problem of its own, the nation remains as a safe investment due to the assurances given by the U.S. government to continue debt payments. As investors are typically panicked by the slightest changes in indicators, it is possible to witness a greater investor flight than currently seen in the wake of the Cypriot refusal of the Eurozone-backed bailout plan. U.S. interest rates will continue to remain highly sensitive to changes in the market conditions of the Eurozone, due to the close economic relationships shared by the various nations. Although bailouts of non-European nations have occurred in the past, they have not affected U.S. mortgage rates due to their small size and relative insignificance in the global financial sector. Cyprus only wields such influence as it is seen as a bellwether for the European economy. If Cyprus is forced to withdraw from the Eurozone due to its inability to remain solvent, the nation may set a precedent for the withdrawal of other troubled European nations from the common currency. Such an occurrence could spell disaster for the economic union, and may drive down mortgage rates as the Federal Reserve will be forced to continue with policies to keep borrowing costs low.