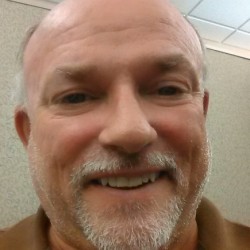 For much of my adult life, I have worked in the I.T. field as a developer of software and as the administrator of Oracle databases and applications. Even through all those years though, I never lost sight of my love for writing, which was kindled in me as a youngster when I read the works of Dickens, Mark Twain, H.P. Lovecraft, Arthur Conan Doyle, and others that captured my imagination. As an I.T. professional, I always found ways to include writing in my job – writing articles for the Safety Bulletin, preparing a Best Practices manual, and even writing technical documentation. All forms of writing require clarity of thought and the power of expression.
It may seem like my background has only recently become centered on writing, but that’s not quite true. Two years ago, when I was selected to be the new editor of ‘The Ameliorator’, my parish news magazine, I had a wonderful chance to combine the skills of interviewing, writing, editing, proofreading, and layout into one position, and I have enjoyed every minute of it. That success story encouraged me to broaden my writing horizons, and I gained some very useful experience writing web content that encouraged me to do much more freelance writing.

On November 23, 2013 the 50th Anniversary Special of the enduring BBC sci-fi drama ‘Dr. Who’ was broadcast simultaneously in 94 countries around the world which, according to the Guinness Book of Records, makes it the largest ever simulcast of a TV drama. The fact that the series has been broadcast by the BBC for 50 years qualified it for another Guinness Book distinction – that of being the longest-running TV series of all time.

That 50th Anniversary show was indeed a special one – during its running time of 75 minutes it brought together three of the ‘doctors’, actors David Tennant and John Hurt from the past, and current doctor Matt Smith in an ingeniously-crafted plot which enthralled fans all around the globe. To date, there have been eleven doctors, but this show was the only one that featured three in the same episode.

So just what is ‘Dr. Who’, and why has this show enjoyed such unbelievable popularity for such an unbelievable stretch of time? Ironically, time is a central theme of the show – throughout the 50-year run of time, the ‘doctor’ from the show’s title has been depicted as an alien Time Lord, capable of traveling to any time or place from history or the future. The vehicle which permits this flaunting of the time-space continuum is the ‘tardis’ (which stands for Time and Relative Dimensions in Space), a blue British police box which would have been very common throughout England in 1963, when the show premiered.

Time travel can be a very tricky subject to pull off in a television series – witness some rather spectacular failures throughout the history of sci-fi programming. The idea behind ‘Do Over’ from 2002 was a promising one – an adult male goes back in time to become his 14-yr old self – but apparently the universal male fantasy was not enough to capture popular imagination, and it was canceled after one season. Another flop was a Sherwood Schwartz creation called ‘It’s About Time’, which got such immediate horrible ratings that halfway through the first season, the cast was brought back to the present day (1967).

Few shows handle the idea as consistently well as Dr. Who It has been the winner of numerous British broadcasting awards, including Best Drama Series, and current star Matt Smith has been nominated as Best Actor. Not only is it a pervasive part of British popular culture, it has become a hit in many other countries of the world, and has even influenced a whole generation of actors and media personnel who devotedly watched it in their youth and continue to do so in adulthood.

The title character has been played by eleven different actors already, and the twelfth will appear in a Christmas special in 2013. These transitions are smoothly handled by the show’s scripting, which conveys them as ‘regenerations’ - reincarnations of the doctor after suffering some kind of traumatic injury that would have killed an ordinary human. These eleven doctors have enjoyed varying degrees of personal popularity, some even with fanatical loyalty, but with each appearance of a new doctor, fans’ allegiance somehow transfers seamlessly. The show, it seems, is bigger than any one character associated with it. Perhaps the idea of regeneration strikes a chord within all of us because it not only reminds us of our mortality, but offers the hope of rebirth.

How did this enormously popular show rise above its early low-budget origins to achieve the world-wide success it currently enjoys? In some regards it is a typical sci-fi series, with the hero encountering all manner of aliens and alien worlds, along with the extraordinary powers and gadgets they might possess.

But Dr. Who has all the flexibility in the universe in that it can literally pick out any single moment from times past, present, or future and insert the doctor to foil the plans of evil-minded adversaries. Then too, the series is significantly different from other sci-fi offerings in several ways that endear it to cult audiences worldwide, and have almost thrust it into mainstream appeal. Although this was not especially true in early episodes, the show now liberally injects clever and quirky British humor into dialogue that often brings smiles to viewers.

The doctor is a renegade Time Lord, and being the last of his species, he has assumed the responsibility for ‘guarding the timeline’ to ensure that no horrific changes are introduced which might have a domino effect on the future, and disturb the history of the universe. He is a lonely figure who occasionally forms alliances with humans to help him in his noble work, but for the most part is totally unknown to the creatures of the universe whom he has vowed to protect. This in itself generates considerable empathy for the doctor, and may explain why the character remains popular despite periodic actor changes.

Most of us identify with this anonymous hero. The urge to help someone else without receiving any credit for it at all is, in a sense, as close to Godliness as we get on Earth. We experience the power to change someone's life, then we experience the powerful surge of control as we watch the events of the object's life unfold, now altered by our kindness.  Of course, this puts a selfish spin on a quintessentially unselfish act. But, if life teaches us anything, it is that we humans are never simple in our motives. It is the texture of that complexity of being human that Dr Who scratches. Kindness, yes, but omniscience and power too.

The outlook of the show is decidedly optimistic, and usually presents a hopeful perspective of the universe and its inhabitants, even while conceding that villains and disasters also exist. And the show is packaged in such a way that it appeals to virtually all ages: genuine pathos, emotion, and humor for adults, time travel, gadgets, and monsters for younger viewers.

There is really no telling how long this beloved TV series will continue to entertain us – new converts are welcomed every season, and it has a built-in process for regenerating itself. So as remarkable as the 50th Anniversary Special was, it certainly was not a good-bye – the show is currently at the zenith of its appeal. Whether the doctor is preventing the military designs of the Daleks or the Sygons, or advising Sir Winston Churchill on the conduct of World War II, or attempting an intervention with Vincent Van Gogh, you can be sure that an adoring legion of fans is cheering for this modern day hero who has managed an achievement like no one else – the conquest of time.