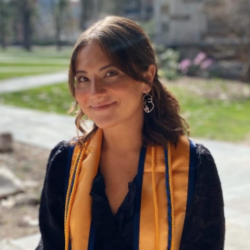 Opinion on Divestesting and Investing: Why “Defund the Police” Isn’t a Radical Demand

From Minneapolis to over 50 countries around the world, protestors are calling for unprecedented change. The Black Lives Matter movement erupted with the acquittal of George Zimmerman in 2013 and the murders of both Micheal Brown and Eric Garner in 2014. At the time, it was unclear what the overall goals of the movement were. Black Lives Matter stood for equality, justice, and a new form of online activism, but it wasn’t until the killing of George Floyd in 2020 before the general public began widely accepting the movement’s fundamental creed.

In 2014, “Black Lives Matter” was met with stark resistance from people of every political affiliation. “All lives matter” was a popular response in white communities. Today, while “all lives matter” is certainly still used to erase the realities of American racism, people on both sides of the political aisle have agreed that Black lives are, in fact, systemically devalued and in danger. People like Republican Senator Mitt Romney have even uttered the battle cry, an image that would have been unimaginable just six years ago. And now, Black Lives Matter protests around the world have a very specific ask: to defund, divest from, and abolish the police.

At first glance, the idea of a police-less American seems impossible. Who will I call if my house is being robbed? Who will help me if I’m being physically assaulted? Wouldn't there be anarchy and chaos without the police? However, with a deeper look, it is clear that the goal of abolition is not as radical as we may initially assume. To start, prison abolition has been a widely established ideology since before the Civil Rights Movement. Activists like Angela Davis have been writing on abolition for years, and yet the concept seems so new to most Americans.

In order to truly understand what “defund the police” means, we need to fundamentally shift our mode of perception. Defunding the police does not automatically equate to anarchy and chaos. Rather, divesting from the police would mean reinvesting in Black communities. The money spent on militarized policing would instead be allocated to education, social services, healthcare, and programs that can help release people from the confines of poverty. The reinvestment aspect of defunding the police is absolutely critical in solving the root of the primary issue. Black Americans have no access to the wealth they originally created through forced and violent slave labor. Institutionalized racism and programs like the “war on drugs” have disproportionately locked Black Americans out of the economy. Investing in Black communities is essential to reducing poverty and in turn, reducing any crime not already conceived by over-policing in Black communities. It is well-established that better funding for education and social services leads to lower poverty and crime rates. Investment alone can prevent the crime we imagine the police responding to.

However, it is also essential that we understand what the function of the police is today. The police were founded to protect property, and specifically, to protect white slave owners' property. The police were never meant to protect American citizens from physical harm nor were they founded to protect all Americans. Moreover, when we ask the question, who will I call if my house is being robbed? It’s important for us to ask ourselves, how many people do I know who have been robbed, and did the police help their situation? Police in various cities have admitted they have close to a 0% success-rate at stopping a robbery in progress or finding the burglar afterwards. Thus, the police are not the most effective method at preventing or responding to a robbery.

If we ask, who will help me if I’m being assaulted? Again, it’s time to question if the police are truly helpful in that situation. Police often show up to a scene after the crime has already been committed. They have no way of stopping an assault as it’s happening if the victim cannot reach a phone. But say the victim does reach a phone in time, who do they call? 9-1-1, which will send an ambulance and EMTs to respond to any physical harm. This is not to say that we should do-away with any response to crime. Instead, we need to re-think the response. In the case of an assault, domestic violence, or any other theoretical situation where we see the police, Social Workers are already trained in de-escalating violent or dangerous situations. The police, one could argue, are trained in escalating.

If investing in mental health professionals, education, social services, healthcare, and the Black community is a radical notion, then America as we know it is not upholding the principles it was founded on. “Liberty and justice for all” includes the Black Americans who forcibly bled to build our wealth. It is not easy for Americans to reimagine entire institutions, but we cannot ethically operate under a system that fails us everyday. Just as “Black Lives Matter” has evolved from radical to mainstream, “defund the police” will too.

The following is from a blog post I published while interning in Washington, DC during the summer of 2018.

Yesterday I had the opportunity to read part of a book my boss wrote. In the chapter she authored, she talks about a World Bank project that went horribly wrong. In 2009, the World Bank started a transportation initiative that was meant to build roads and infrastructure in Uganda. The project was titled, “Uganda Transport Sector Development Project.” Roads are essential to the first stages of development. Not only are roads vital to transportation, but they also help facilitate connection and communication across a nation. If you don’t have roads, you can’t have much of anything else. The World Bank intended on providing assistance to Uganda for this very reason. However, what actually happened is a different story.

If you go to the World Bank’s website, this is what it says about the goals of the Uganda Transport Sector Development Project: “The objective of the Transport Sector Development Project for Uganda is to improve the connectivity and efficiency of the transport sector through: (i) improved condition of national road network; (ii) improved capacity for road safety management; and (iii) improved transport sector and national road management.” Fast forward about nine years. This is the first headline that appears when you google the Uganda Transport Sector Development Project: “World Bank cancels funding for Uganda road amid sexual assault claims.” Within that same article published in The Guardian, a local woman from Uganda states, “Everything has been destroyed: our gardens, our homes, even our girls. Of course we want the road, but should it be at the expense of our lives?” From what I learned from my boss, the World Bank rarely, almost never, cancels funding to a project. Of course there are many other cases of corruption within World Bank projects, but most of them continue without repercussions. The article goes on to say, “People living along the route say the government, the project contractor, and the bank have all turned a blind eye.” Members of the construction company employed by the World Bank were targeting young girls, and nothing was being done about it for a long time. Female children were being raped on their way to school. “In Bukonderwa village, a 17-year-old girl says she dropped out of school after she became pregnant by one of the workers. According to the Joy for Children report, at least nine girls left the same secondary school between September and December 2014. All claimed to have left after falling pregnant by construction staff.” The World Bank only cancelled the funds to this project after NGOs such as the Inspection Panel and the Bank Information Center (the organization I intern for) began investigating the situation and speaking to the communities affected.

I first learned of these tragic and disturbing acts when I was at work. I went home that day, and couldn’t stop thinking about it. As someone who deeply cares about social justice, I am often extremely fed up with the world. I find myself frequently feeling disenfranchised, frustrated, nauseated, and hopeless. However, none of those feelings have compared to how I felt after reading what had been going on in Uganda.

While I still -- and probably always will -- feel incredibly appalled by the corruption within our American institutions, I still hold on to a small piece of hope. I have hope knowing there are people out there like my parents, my sister, and my friends, who are all sources of empathy and light in a dark world. I gain hope every day when I walk into my office knowing every person working there is doing it because they care about people like the girls in Uganda. My coworkers have law degrees from Harvard, Columbia, Notre Dame, and they choose to work for a nonprofit organization. Working for a nonprofit, like BIC, is exhausting and thankless work, but at the end of the day, my coworkers are making real, positive change in the world.

After being in DC for close to two weeks, I have already discovered what I want out of a future career. I want to dedicate my life to work that I truly, passionately believe in. As I close my second blog post, I want to leave you with a quote engraved at the Martin Luther King Jr memorial, “Make a career of humanity, commit yourself to the noble struggle for equal rights, you will make a greater person of yourself, a greater nation of your country, and a finer world to live in.”

Elana Berger’s (Executive Director of BIC) chapter titled, “Boomtown risks and community harm in an infrastructure project” in Challenging the Prevailing Paradigm of Displacement and Resettlement: