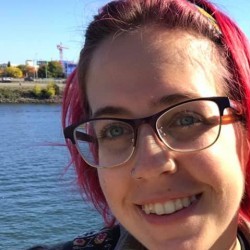 Hi there! My name is Kate, and I can't wait to put my writing talents to more use than ever before through this platform. Over the years, I've had various other opportunities to show my writing abilities to the world, including an internship with Verbal Gold Blog, writing for Odyssey Online, writing for my school paper, creating my own blog (which is, unfortunately, no longer active), and writing fiction on the side. Outside of my writing world, I also love reading, traveling, and spending as much time as I can outdoors hiking or just walking around town. I look forward to meeting some great new people and working together on getting more writing pieces out there!

A Look at Bridgewater College Through the Years

Family-style Dinners and No Dancing Allowed

The time is 4:58 on a Wednesday in 1953, and Bridgewater College students are lining up outside the doors of Rebecca Hall eagerly awaiting the opening of the doors at 5 for dinner to start. Wednesdays and Sundays are formal dress days, so everyone is wearing his or her best clothes.

Betty Naff, head waitress in the dining room, opens the doors right at 5, standing back to allow the rush of hungry students to file in. Each student heads to his or her designated seat among the tables and sits, waiting for the family-style dinner to be brought out.

Each table has its own hostess who makes sure the different dishes get passed around the table appropriately so that each person gets what he or she wants. Idle chatter goes on among the students. Some are talking about the chapel service that morning. Others are discussing their classes from the day.

Chapel services are required for students every Monday, Wednesday, and Friday morning. Seats are assigned to students just like with dinner. With the services, however, students are in alphabetical order, so that it is easier for role to be taken. If any one student misses too many chapel services, he or she will be reprimanded.

Students are required to attend a gym class twice a week. The girls have to wear raincoats over top of their shorts or pants since anything but a skirt is deemed inappropriate for women in public.

Unlike today, Bridgewater’s campus was not littered with parking lots ranging from large to rather small. In fact, very few students owned cars, and those who did were relatively popular because they were able to drive their friends into Harrisonburg to go to the movies.

The girls’ dorms have “den mothers” rather than what we call Resident Assistants today. These women are normally older and are put in place to make sure the girls are in their rooms on time each night and to keep track of the girls who have signed out to leave campus and make sure they are in by 10 PM.

Ann Beahm, a member of the class of 1957, remembers one specific night when she was with a boy she was dating. He never had much money, so his car only ever had the bare minimum of gas in it. Inevitably, one night while they were out, they ran out of gas.

“You wait here, I’ll walk the mile back and get some gas,” Ann’s beau said to her. By the time he returned, it wasn’t worth going all the way back to campus, so he dropped her off at her house in Mt. Sidney.

Upon her return the next morning, Ann found herself “campused” as punishment for being out all night, meaning that she was restricted to campus for an entire week. “I spent a lot of time in the library that week,” she recalls. She also remembers Mrs. Widdowson, who was the den mother at the time, writing in her yearbook later that year, “I never did know where you were that night.”

Absolutely no dancing was allowed on campus, so any special events that happened were always named something other than “dance.” Sadie Hawkins was a day, not a dance, where the women asked the men out on a date. For Halloween, there was usually a party in the gym.

At this time, the new science building, Bowman Hall, was being built. Across the street from Bowman, where McKinney is today, is simply a farm that is owned by the college. Students may work over there milking the cows.

Safety is not nearly as much of an issue. The campus police do not have much of a job to do besides the occasional night shift officer patrolling the campus. Dorm buildings do not even require a key to access. Betty was not even sure if she had a key for her own dorm room.

For Jim Flora, who lived over a hundred miles from Bridgewater’s campus, weekends got rather boring and gloomy. The only way he was ever able to get home for a weekend would be to hitchhike and most of the time end up walking part of the way.

Ann remembers the telephone that sat in the hallway of Blue Ridge when she lived there. One phone for the entire dorm, so when it rang, whoever was closest would be obligated to answer it.

The caller on the other end would ask for the student they wished to speak to and the girl who had answered would have to shout down the hall for whoever it was in hopes that the recipient was within shouting distance and would come to answer her call.

The phone in Dillon Hall rings on a crisp October evening in 1977. Steve Flora is calling from his residence at Heritage to speak to Pam Caricofe. The girl who answers the phone calls for Pam, giggling with her friends that a boy is on the phone for their hall-mate.

Pam picks up the phone, upset that this is the only way of communication when she is suffering from a case of laryngitis and therefore forced to whisper.

After introductory remarks, Steve quickly asks, “Do you want to go to the Phil Keaggy concert with me?”

“Yes,” Pam struggles to whisper, blushing from the looks of her hall-mates who are listening from a few doors down.

Now, Bridgewater’s campus is slightly less rule-driven. Girls and boys are now allowed to visit each other’s dorms each Saturday for a three-hour window of time.

The Kline Campus Center, newly constructed in the late 60’s, offers a similar window of time for breakfast, lunch, and dinner each day. Across the street from the campus, the remains of the farm that used to be there exist through the presence of a group of horses.

Steve, a member of the class of 1979, recalls Wardo as a living rendition of Animal House. “It was probably the closest thing to a fraternity at the time. All the sports teams lived there,” he says. “They even had toga parties.”

Despite Wardo’s reputation for being the party dorm, Heritage was the one where it always reeked of marijuana. One could walk down the hall on the third floor and get hit in the face with the smell despite the efforts of the students to shove towels under their doors.

Dorm buildings were still not locked, so sometimes the occasional “town-ie” would be found in the halls of a dorm building, which would freak everyone out a little bit despite the harmlessness of them.

Steve found himself rooming with an RA in Heritage during his first year at Bridgewater after transferring from a college in California. “It was terrible,” he said. “People hated the guy so much that we had to put a towel under our door sometimes because people would dump water under it.”

It’s a cool April afternoon in 2018 in the KCC and phones are laid out on every table so that each student can know the latest news at the drop of a hat. Campus-wide emails go out several times a week, keeping students updated on events going on during the semester. When one is sent, the mass of phones throughout the dining hall let out simultaneous buzzes.

Girls only get asked out over text or Snapchat or even Tinder. Each and every student walks around with a cell phone in his or her back pocket that allows him or her to be connected to all of the people he or she knows on campus. The dining hall is open every single day from 7 am until midnight.

Each dorm building requires a swipe of an ID card to enter, and all but one dorm on campus has been switched to co-ed. Chapel services are not required, nor is the attendance of convocations as of the 2017-18 school year.

Back in my sophomore year, when I still lived on campus, my friend, Casey, and I would have set lunch dates each week.

“Of course,” would be my speedy reply.

She would text me later when she was officially out of class that she was heading to the dining hall. Since I lived in Blue Ridge at the time (the closest dorm to the KCC), I could take my time gathering my belongings, which, for only going to lunch, consisted of my swipe and of course my phone.

If one of us were going to be late, the other would know immediately via text. There was never any surprise or waiting around, thanks to technology.

Speaking of technology, even in classes a majority of assignments are online now, in the endless and unfathomable cloud that is slowly taking over every aspect of schools (and life in general) today. I myself have not had to print out a single paper the past two semesters, but have been able to simply turn them all in on a Moodle or Google Classroom page.

When I lived in Blue Ridge, the oldest dorm that has yet to be fully remodeled, I would walk down the hall to the bathroom and always vaguely notice the old telephones hanging on the walls. These phones now simply blend into the background, but they used to be a lifeline for students. Today, student’s lifelines are in their back pocket at all times.

As I sit in class, waiting for the professor to arrive and officially start us off, I look around at my fellow classmates. Each and every one appears to be sucked into their respective electronic device. There is some idle chatter amongst neighbors, but for the most part, the room is silent. We are all too busy talking to people elsewhere to notice the ones that are in the room with us.

The professor finally arrives and is completely unconcerned with the lack of real life social interaction going on in the room.

“Alright, class, let’s get started. If you’ll look at my latest post on Google Classroom, you’ll see what I have planned for today.”

There is a shuffle as phones are slipped into backpacks or set to the side and laptops open. Class has begun