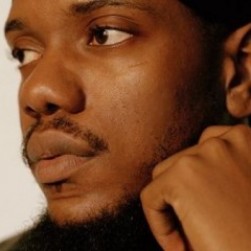 Jim has been working with writing challenged clients for over 3 years. He provides ghostwriting, coaching and ghost editing services. He also writes SEO articles for businesses that want to see their Google search rankings surge. His writing has a special ability to balance information with SEO needs–but never at the expense of providing an entertaining read. His educational background in Finance and Accounting has given him a broad base from which to approach many topics. His writing skills may be confirmed independently on iWriter.com and dotWriter.com. You can get to his blog by typing the word “Whatever” into Google. No, seriously, try it.

By April, UNESCO had reported that 192 nations had closed all learning institutions, affecting almost 90% of the world’s students: almost 1.5 billion students. While few governments are beginning to allow students and teachers back to learning institutions—one of the greatest drivers of human resource capital—remains to be largely shut for business.

For how long will schools remain shut? How will student learning be affected? And how will this pandemic affect the vulnerable and poorest populations? No one knows enough about what will happen next. Questions ranging from whether it’s possible for recuperated patients to be re-infected to the discovery of a viable vaccine continue to trouble many. What is certain however is that learning will be absent.

When kids lose out on learning, they lose out on many future prospects like economic benefits, like additional earnings. This has far-reaching costs. Research has shown that during and after World War II loss of learning still has negative effects on former learners’ lives 40 years later. The impact of lost learning is not confined to individual learners alone, for whole communities closing down learning today, will likely be of significant concern in the coming future.

With this in mind, researchers have come up with preliminary evidence to approximate projected potential future losses as a result of current school closures. This can act as a starting point to assist countries to make informed choices on school closures and to begin a world-wide debate on mitigating and controlling the economic downhill spiral that the COVID-19 has created.

Estimated future income losses on learners and the economy as a whole.

While giving these findings, researchers emphasized their status as being the beginning, rather than a culmination, of research. There were complicating considerations researchers identified, including the quality of learning, dissimilarities in delivery of distance learning, and various pressures that bear on some learners, like the need to get work to assist in supporting their families. There are more variables that the researchers did not yet consider, but they anticipate others will offer them through discussions and comments around these findings. For now, they simply seek to offer the wakeup call about the range of sacrifices young people are having to make.

Researchers began by assuming that each additional year of schooling equals 10% in added future earnings. They then use the sum of months of school closures to approximate the loss of future marginal earnings. For example, when Country A closes its learning institutions for 4 months, the loss in future marginal earnings would be about 2.5% per year. If you apply this hypothesis to the world’s biggest economy, the USA and its 76 million learners, as a starting point, assuming a 45-year productivity life, a discounted rate of 3%, and an annual mean earnings of $53,490.

The estimates suggest an earning loss of $1,337 annually per learner. While this doesn’t look like a great individual price for learners to pay, a deeper look at the cumulative impact on the entire country is more sobering.

Using this model, the financial cost to the USA in future earnings of 4 months of lost learning is $2.5 trillion, almost 12.7 percent of its annual GDP.

These estimated figures are preliminary. But they raise significant questions that need further investigation, for example:

How does the estimated loss in future earnings on young people differ between poor and rich countries?

Within these countries, which group of kids and young people is likely to suffer the most from this economic impact of lack of access to learning?

How does sacrifice made by one population of learners in a given country compare to their counterparts in other regions?

The measure of economic damage due to lost learning shows that governments should cautiously plan their next polices. Like many areas of this COVID-19 pandemic, the effect on learners seems more probable manifest in the form of a protracted crisis relatively to a short and sharp shock.