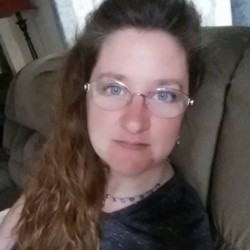 Jenn Greenleaf is a freelance writer hailing from the great state of Maine. Since 1999, she has written 1,000's of articles for the web, as well as many in print. In 2008 she added "teaching artist" to her list of accolades.

In the past, she has written articles for magazines and other outlets including The Writer, Writer Gazette, Do! Magazine, the Washington Post, and NBC News.

For those who are moving from a larger home into a smaller one, you’re likely facing the task of downsizing. It isn’t uncommon to feel overwhelmed when trying to decide what to toss, keep, donate, and sell during this process. Making decisions during downsizing doesn’t have to be a stressful process, though, with a little organization and a lot of discipline. Let’s look at the following tips for making decisions during downsizing before you being packing for your upcoming move.

Now is the time to start sorting. Pick up moving boxes now and mark them with the words keep, toss, donate, and sell. Begin sorting through your possession in the least used area of the home like the basement or attic, for example. As soon as a box is full, move it out immediately.

Ask Yourself “Why” Questions

Do you know why you’re holding onto so much stuff? Do you need it all in your next home? Ask yourself hard “why” questions about your possessions and begin parting with things you’ve been holding onto for years. This effort includes clothing, household items, old magazines, sports equipment, and old games. Chances are, if you haven’t used it in the last six months, or you’ve forgotten you own it, you’re likely never going to use it again. If the item is a cherished keepsake, set it aside and give it some thought.

Does it Belong to Someone Else?

Are you storing items for other people because their home is too small, children have moved out, or because you’ve forgotten to return them? Now is the time to box these items up and ask these people to retrieve their possessions. If they don’t come for their items, you can offer to drop them off or donate them to charity. This stance may seem harsh, but you just will not have the room following your move.

Be Firm With Yourself When Making Decisions During Downsizing

One of the biggest problems when making decisions during downsizing is wanting to keep everything. The temptation is to come up with a reason why everything is important and must come along to the new home. However, when square footage does not accommodate every item, it must be pared down. Therefore, you must be firm with yourself when making decisions during downsizing. This effort means only holding items for a few seconds when deciding if you should keep it or not. That way, you’re not tempted to throw it into the wrong box.