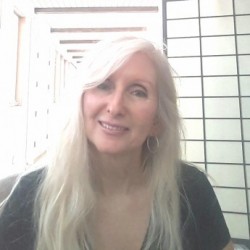 I have written website content, newspaper stories, magazine articles, columns, and more for over 20 years. I would love to write for you as well.

Napping: Medicine for the Weary

Medical research is confirming what Winston Churchill, Albert Einstein, and Napoleon Bonaparte knew all along: when you start to fade, nothing beats a nap to perk you up.

The Benefits of a Few Extra Zzzzz's

Whether you nap at home or work, as little as a 10- to 15-minute nap can make a positive difference in how you feel and function.

There are long-term benefits, as well.

"Naps tend to reduce the chance of heart attacks, strokes, and certainly stress," explains James B. Maas, PhD, a Cornell University sleep researcher and author of Power Sleep. He cites one study that showed a 30% lower incidence of cardiovascular disease in people who napped.

"Changes in metabolism and heart, pulse, and breathing rates are all the sorts of things that are modified and reduced in a period of quiescence," says Dr. Maas.

How long is the ideal nap? Most experts say it's anywhere from 15 to 30 minutes.

"Long enough to reap the benefits and restore some of the sleep debt that we're all carrying, but short enough so you don't go into delta, or deep, sleep," says Dr. Maas.

A full sleep cycle lasts about 90 minutes, says Pierce H. Howard, PhD, author of The Owner's Manual for The Brain. Because nappers typically reach only the alpha state or light sleep stage, they tend to feel refreshed instead of sluggish when they wake.

"But if we get into deep sleep, or REM state, and then wake up before the cycle's over, we feel like a truck hit us," says Dr. Howard.

The Measure of a Nap

You're ready for a nap when you start feeling drowsy, and that commonly takes place eight hours after you get up in the morning or 12 hours after the midpoint of the previous night's sleep. For the average person, that time occurs somewhere between 2:00 p.m. and 4:00 p.m., which is also the lowest biorhythm point. Technically, that means body temperature drops and metabolism begins functioning at a minimum, explains Dr. Howard. As a result, people become tired and less alert. Statistics also show that 2:00 p.m. to 4:00 p.m. is the time period in which the most industrial, traffic, and domestic accidents occur.

Making Up for Lost Sleep

"We've cut down on our sleep by 20% over the last 100 years, and the human body can't keep up with that type of change," says Dr. Maas. "The best solution is good nocturnal sleep, but as a stop-gap measure, napping is a tremendous success."

Factors in addition to circadian rhythm cycles and sleep deprivation can influence the need for a nap. Poor health and eating habits, stress, exercise (or lack of it), lack of fresh air, and working under artificial lights can also induce the craving for a nap.

If you're healthy and do not have a sleep disorder, you should be able to take a judiciously timed nap and sleep at night without any problems, says Dr. Anthony.

For people with sleep disorders, such as sleep apnea or narcolepsy, a nap may also prove beneficial.

"I recommend napping for patients with excessive daytime sleepiness caused by disorders," says Karl Doghramji, MD, director of the Sleep Disorders Center at Thomas Jefferson University Hospital in Philadelphia. On the other hand, if a person can't sleep at night from insomnia, a nap during the day might add to the problem. It all depends on the person.

Because many people are at work during the afternoon when the drowsy feeling sets in, they ignore the need for a nap. Instead, they go to the water cooler, drink caffeine, or stare at their computer screen and don't do anything, says Dr. Anthony.

But it makes sense to take a quick nap at work for two reasons. During that period, workers are not highly productive and are more error prone. And if you work through that period, some negative aspect of fatigue can emerge later. For example, once you're home, you might fall asleep in front of the television, and studies show that evening naps may interfere with regular nighttime sleep.

Experts offer the following tips for incorporating naps into your life: