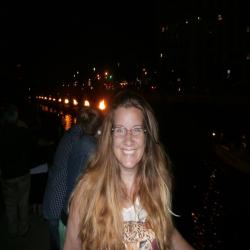 The Department of Surgery presents the proposal for the promotion of Michael E. Migliori, MD to the rank of Clinical Professor of Surgery in the Clinical Voluntary Track for the term of July 1, 2012 to June 30th, 2017.  The Department’s Promotions and Appointments Committee approved the promotion in October of 2011, with a vote of 15 of 16 in favor (with one abstention).

Dr. Migliori completed his undergraduate and medical degrees at Brown University in 1979 and 1982, respectively. This was followed by residencies in Medicine from 1982-1983, and Ophthalmology from 1983 to 1986 at the Sinai Hospital of Detroit, Michigan. Dr. Migliori went on to complete a fellowship in Ophthalmic Plastic and Reconstructive Surgery at the University of Illinois in 1987. In 1989 he came back to Rhode Island as the Director of Ophthalmic Plastic and Reconstructive Surgery  at Rhode Island Hospital. He has served as Ophthalmologist-in-Chief here since 2009, and as such has been responsible for all academic and clinical affairs of the Division of Ophthalmology. From 1992 to 2001 Dr. Migliori served as Clinical Assistant Professor of Ophthalmology, and since 2001, as Clinical Associate Professor of Ophthalmology.

As Division Chief, Dr. Migliori leads monthly Chief Rounds, and supervises bi-weekly oculoplasic surgery and clinic at the Providence VA Medical Center. In addition, he provides lectures for first year medical students as part of Doctoring and Brain Science course. Dr. Migliori also teaches and supervises  medical students and residents in his specialties during the bimonthly Oculoplastic Clinic and General Ophthalmology Clinic. Dr. Migliori has been recognized for his teaching and contributions to his field.  This year, he is the recipient of the Dean’s Teaching Excellence Award from Brown University. Notably, he won both the Achievement and Distinguished Service Awards from the American Academy in Ophthalmology in 2007.

At the national level, Dr. Migliori provides leadership through his current appointment as the Vice President of the American Society of Ophthalmic Plastic and Reconstructive Surgeons, and on the Board of Directors of the Unites States Eye Injury Registry. He has served as President of The Rhode Island Society of Eye Physicians and Surgeons, as well as the Rhode Island Medical Society. Since 2008, Dr. Migliori has been active on the Board of Directors of American Medical Association’s Political Action Committee.

Dr. Migliori has presented regionally at the New England Ophthalmological Society, universities, Grand Rounds, and nationally at the American Society of Ophthalmic Plastic and Reconstructive Surgery. Currently, Dr. Migliori is a committee member of the following at Rhode Island Hospital: The Trauma Committee, The Medical Staff Executive Committee, and the Ambulatory Clinic Directors Committee. In addition Dr. Migliori has had thirteen publications in his career plus five book chapters in the last three years.

Dr. Migliori is nationally recognized in his field of ophthalmic plastic and reconstructive surgery, as detailed by the following reviewers.

He “is internationally recognized for his achievements in the fields of oculoplasic surgery and orbital disease”. “Dr. Migliori is considered an outstanding educator by residents and medical students in ophthalmology and affiliated specialties …(he) is an ideal role model for rising physicians.”  “His clinical skills are superb, as are his clinical and surgical judgment”.

“At a national level within the American Academy of Ophthalmology as well as the American Society of Ophthalmic Plastic and Reconstructive Surgery and the American Medical Association, Dr. Migliori has remained a leader during the period since the early 1990’s. He has made important contributions at the post-graduate level within ophthalmic plastic surgery with important presentation and publications dealing with eyelid surgery, orbital disease and surgery for lacrimal disease and surgery”

As editor of Ophthalmic Plastic and Reconstructive Surgery, I have come to rely on Michael’s insight and breadth of knowledge, and he has become a major and trusted reviewer for our Journal”

In conclusion, Dr. Migliori has documented teaching excellence, a record of scholarly publications, is recognized as a clinical role model and mentor for students and housestaff, and holds many positions of leadership not only in professional societies, but in the hospital and the medical community. For these reasons we believe Dr. Migliori to be truly deserving of this promotion and support it wholeheartedly.