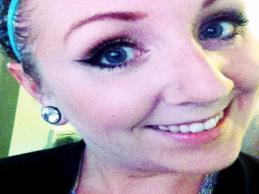 Graduate of Western Oregon University with a degree focus in writing. I have a lot of hobbies and interests, but probably none I like more than writing, editing, and otherwise making the internet's grammar and punctuation better. My sarcastic sense of humor often comes through in my writing, but I am always first professional.

When considering the article on Authorship by Krista Kennedy, many valid points can be

sussed out. First, there is a very strong correlation she makes with the relationship between agency,

genre, and copyright as they relate to authorship. She states, essentially, that the traditional way of

defining Authorship (a Poetic Author and creator of original compositions), should not necessarily be

considered a flat definition across all genres. In areas like the textual curation of dictionaries and

encyclopedia's, original ideas are not expected to be involved. In fact, those genres of text are

considered mass compilations of already existing facts and ideas. She then goes on to explain that in

the legal sense of copyright, in order to hold authorship of something, one must be able to demonstrate

both responsibility and decision-making abilities. It is for this reason, she says bots are not considered

authors in really any sense of the word as we define it.

collaborative texts such as Wikipedia. These such situations are becoming more prevalent as the

internet allows masses of people access to the same information. Specifically, the argument is whether

or not the base of Wikipedia (created by bots) can really be considered authored items. I think they can,

but only insofar as the bot's creator is credited with the existence of the bot. I don't believe the bot itself

can be considered the author of anything. It has no decision-making skills. It can only do what it was

programmed to do. It works off of the will of the creator, essentially it holds no will of it's own. The

bot is an agent involved in authorship, but truly has no agency in this case.