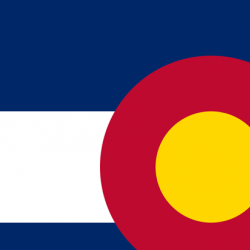 Hannah is a working mom of 6-year-old boy-girl twins who challenge, stupefy and delight on a regular basis. Navigating a second marriage, competitive career field and super momming takes up the majority of her time. Other times she can be found running off the crazy in various 5Ks or melting into the couch with a full laundry basket, Netflix and a nice Merlot. She is also the author of the blog, Bingemomming (facebook.com/bingemomming).

In the early days of my twin pregnancy I spent hours daydreaming of the life to come. A perfect little family going on ski trips, taking walks, maybe incorporating a golden retriever as we laughed through family vacations on endless beaches. When my marriage dissolved 15 months post-partem, all those dreams seemed to dissolve with it.

But little did I know, there was an Act Two coming in my life. A family 2.0, if you will; complete with all the upgrades and improved functionality and, yes, glitches … serious glitches.

Blending a family after a divorce is not for the faint of heart. When the stakes are this high- emotionally, practically, logistically and even financially, there are bound to be some challenges. These are the challenges my little family is navigating now.

Nevertheless, I find myself back in the daydreams, hoping for the same gauzy family memories, but with a new family makeup. My partner Kelly, or “Papa” as they call him, has replaced the kids’ dad in my visions (though not in their life- that’s important and I’ll address it below). I still want the same things – in fact, now that I’m in a healthy relationship, I want that ideal family life more than ever.

But I’ve found, that a family doesn’t just blend like coffee and cream. It’s more like – mixing the powdered cheese packet into the macaroni before you add the milk and butter. Right?

Despite the lumps and bumps, the end result is hard fought, and worth it. So, at the risk of overplaying the analogy, where do you find the milk and butter to create harmony in a blended family? Here are three principles we’re trying on.

This one might seem obvious, I mean, you expect your kids to treat others well, and you give them specific guidelines on doing so. You insist they talk to grandma on the phone; say “yes, ma’am” to their teacher and share with their friends. So why on earth do we tiptoe around the relationship that’s probably the most confusing to a kid?

I personally didn’t tell my kids that I wanted them to treat my partner kindly until we’d been living together for eight months.

It seems ridiculous, I know. I certainly wanted it to happen. In those moments where he was giving my giggling daughter a piggy back, or teaching my son how to properly throw a Frisbee, I was downright euphoric. These are the daydreams! But I never verbalized that.  I just willed it to be so.

I had this epiphany during a particularly rough weekend between my son and my fiancé. My son was defiant and disrespectful. Our family camping trip was a nightmare.

As we crawled into sleeping bags that night, my fiancé lamented that he wasn’t treated kindly or with respect by my son. And he acknowledged that this didn’t motivate him to build the relationship. It was clear that we were going down the wrong path.

So a couple days later, staring at my 6-year-old across the breakfast bar, I leveled with him.

“Hey buddy, remember when Papa used to let you sleep in and take you to daycare late?”

His eyes lit up. (My kids are very treat-motivated).

“Well, if you treat him nice, he’ll probably start doing nice things for you again.”

After months of reminders, prayers, silent directives, frustrations, all it took was a simple explanation of cause and effect; basically, how relationships work.

Moments later my partner descended the stairs. My little guy looked at him with a bright smile and said cheerily, “Good Morning, Papa!”

And then he turned to me with a coy smile.

Agree on Rules you can both live with and empower your partner to enforce those rules:

My fiancé has spent 27 years in the military. He’s raised two wonderful, intelligent and respectful children, now in their 20s. I’m a bit of a hippy mama who prioritizes creativity and talking about our feelings.

You can see how those two parenting styles might not gel.

Common theory suggests that the stepparent should NOT be put into a disciplinarian role for at least five years.

But let’s be honest. In practice, you can’t leave a responsible adult unable to enforce any boundaries and expect peace (at best) or even safety (at least) in your home.

Yes, you’re the mom (or dad). But if you’re doing this whole family 2.0 thing, you have to create an environment where everyone’s needs are respected.

As a tiny example: my fiancé can’t stand clutter. I like my kids to play at my feet and want them to feel like this new home is their home.

So – after much discussion, the rule is that the kids can have their rooms as messy as they like, but if they’re playing downstairs, it’s one toy at a time. The one toy goes up before another comes down.

This probably sounds simple, but it took a lot of effort.  First, I had to diffuse my own defenses and hear him when he expressed concerns about my rules.

Next, he had to compromise a little on his ideal environment and hear what was important to me.

We agreed on a consistent consequence if the rules weren’t followed. (The offending toy goes away for a week).

Finally, I clearly set the boundaries with the kids. I did, not him. So they’re mom’s rules, but Papa can enforce them (as can grandma, the babysitter, Auntie). And no matter who’s in charge that day, the consequence for rule breaking is the same.

What this has done is taken my partner out of the role of enforcer and diluted any perception and related animosity about him being “too strict.” It presented us as a unit. He’s not the bad guy for requiring 60 minutes of calm down time when they hit each other. He’s just enforcing the family rules laid out by mom.

One little bonus: it’s harder for my 6 year olds to stay mad at me than their stepfather-to-be. It’s one of the fleeting blessings of the tender years.

Also, establishing these rules and consequences took away the sting of surprise or the feeling of injustice. The rules are clear. The consequences consistent, regardless of the caretaker.

We screwed this up for awhile. Papa’s rules were different, so the kids were constantly getting in trouble on his watch and feeling blindsided. By having the difficult conversation with my partner, then clearly communicating the result to the kids, everyone feels a lot more certainty. Life is more predictable and there’s no “bad guy.”

Be aware of what you say (and what you don’t say) about the other biological parent:

The first thing to consider with this principle is that your child is probably 30-40% more astute and aware than you realize. They are picking up what you’re putting down, whether that’s verbal, non-verbal or simply through omission. As our family therapist says, “The walls have ears.” This is co-parenting 101 for the bio parent, but it’s just as important, if not more so for the new partner, and that’s a point often neglected.

Books on parental alienation (my favorite is Divorce Poison) harp on alienation. Here’s what it recommends for the bio parent:

The natural tendency, especially for step parents is just to avoid the topic. After all, they likely only know the other parent through your eyes, which, the situation would suggest, is not an attractive view. But refusing to talk about them can be just as damaging as making negative comments.

Kids hear what you don’t say, too.

My son struggles mightily with a loyalty conflict. No amount of talking about it has helped. My partner has expressly told my son that he’s not trying to replace his dad, and that he just wants to be buddies. But the guilt my son wrestles with is practically visible, and it’s a real obstacle in their relationship.

So my partner has started to be vocally supportive of dad. It’s not easy, knowing how dad treated me in the past, but he’s a strong person who puts on a smile and says things like, “I bet you had fun with your dad last weekend!” or “I heard your dad is really good at hockey!”

It’s a little thing, but it gives my son permission to love his dad and it makes it safe to love this man who isn’t his dad, and isn’t trying to replace his dad.

I hope this works for your family. It’s important to remember that this journey isn’t linear. We’ve made some big progress. But in the span of typing this article I got a phone call from my partner describing my son’s temper tantrum this morning. We’re still working on it.

It’s my sincere hope that as we stick to these principles we’ll put our family squarely on the path to a peaceful, cohesive life. But we know there will be bumps along the way. Changes in age, milestones, puberty, etc. will bring their own new challenges.  Hopefully with these principles squarely in place, we’ll be able to weather the storm as the new and improved Family 2.0.

Let me know how it goes. I promise to do the same.