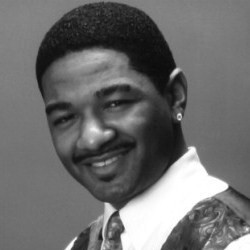 
Bio / Film
While working in the south suburbs of Chicago editing a religious program, one of the employee’s of the studio that I was in asked if my father and I had done any film projects before; we responded by saying no, just some skits. He asked if he could take a look at them and of course we told him yes! The following week he told us that he sees potential to make it in Hollywood and also he gave us insight on how to get proper camera shots and write a movie script; only to find out later that this gentleman was a student of USC and the Hollywood Film Institute. With his expertise we were able to film our first feature movie in 2003 "Spine Chill."His advice to us was to not only pursue Hollywood but to make a Hollywood within our own environment. With that being said and done, I knew that this was a confirmation because as a child I've always dreamed of being an actor. The man who was my first inspiration as an actor was Sidney Poitier. I loved his style of dialogue and his laid back method acting. Subsequently others followed; Bruce lee, the way he excited you with his exciting action and philosophy of the martial arts, Fred Williamson, just naturally cool and macho, Ossie Davis, very conscientious and humorous, Paul Newman, versatile and intense, Clint Eastwood, cool, rugged, and suave and Al Pacino for his grovel voice and aggressive dialogue. By these great icons and historical legends that influenced me; I continue to look to them as an inspiration in my efforts of one day joining them as an innovative aspiring artist.


Rap
There was a Christian rapper from Detroit city by the name of Mike–E. He had style and charisma that actually glued me to the television. The first day I saw his video; I recorded it, and played the video repeatedly and recited it until I learnt the basics of rhyming. Throughout the years I listen to other artist to balance my style and put the icing on the cake such as Snoop-Dogg, LL.cool J, Run-Dmc, 2-pac, N.W.A., Scarface, and Biggie Smalls. From that combination, I came up with my own style of hardcore, no profanity just raw lyrics.

This writer has not yet submitted a writing sample.