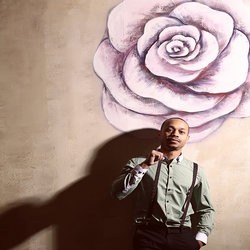 I am a freelance writer from Chicago, Illinois. I have been writing blogs, web content, and sales copy assignments since 2008.

My writings are designed evoke emotion in readers. I scrutinize my work meticulously before submission and always meet deadlines.

I have real world experience in business development and financial investing. I specialize in Forex and stock options investment strategies.

China took shape as a political entity in the first millennium BC, and until the 20th century largely remained a coherent empire governed by scholar-officials after the Confucian vision of a meritocratic, ordered society. Even foreign conquerors like the Mongols (1279) and Manchus (1644) did not change the essential character of Chinese society, and became partly Sinicized themselves. The attitude towards outsiders was primarily one of condescension (Economist.com, 2004).

Europeans began coming to China in the 16th century: first Jesuit priests, then enterprising traders and diplomats, who in time overpowered the conservative empire. Britain’s victory in two Opium Wars (1839–42 and 1856–60) forced China to accept open ports, foreign envoys, free movement for Christian missionaries and a British hold on Hong Kong. This foreign presence exposed China to Western ideas, and in 1912, the last Chinese dynasty, the Qing, fell to the nationalists under the charismatic leadership of Sun Yat-sen(Economist.com, 2004).

Sun was ousted very shortly after 1912, and in the absence of a strong central government the country split into informal fiefdoms led by warlords. Chiang Kai-shek, one of Sun’s former lieutenants (and husband of one of Sun’s sisters-in-law), joined with the nascent Chinese Communist Party (CCP) to defeat the warlords and reunify the country. Chiang turned on the communists in 1927, but failed in his efforts to root them out. He was forced to ally with them again against the Japanese, with whom full-fledged war broke out in 1937. After Mao Zedong and his communist forces played a big role in defeating the invaders, he then turned on Chiang in 1946(Economist.com, 2004).

In 1949 the communists forced Chiang and his followers to flee to Taiwan, declared the People’s Republic, and spent the next year solidifying their hold on the mainland. After several years of relatively consensual leadership, Mao grew as tyrannical as any emperor had been, and many of his grand policies backfired. The Great Leap Forward’s experiment with industrial and agricultural collectives in 1958–60 led to mass famine, and the attempt to re-ignite revolutionary fervor through the Cultural Revolution of 1966–76 drove the country into political and social chaos(Economist.com, 2004).

By the time Mao died in 1976, the CCP was ready for new ideas. Deng Xiaoping, his successor, dismantled collective farming and began gradually freeing China’s economy. But as the bloody suppression of student-led demonstrations in Tiananmen Square in 1989 showed, the Party has embraced economic change more easily than political liberalization (Economist.com, 2004).

The following is a condensed outline of China’s very long history (Frankenstein, 2008)

Earlier Han, the Wang Man Interregnum, and the Later Han

The Three Kingdoms and the Dynasties of the North and South

Like the United States Founding Fathers, the leaders of the newly formed Chinese state in 1949 had been the newly formed Chinese State in 1949 had been active in the revolution that brought them to power, but unlike our Founding Fathers, the Chinese revolutionaries were slow to distinguish between military and civilian authority. The blurring of the lines was especially acute in regional and provincial governments, where in most cases, the officer who had “liberated “an area stayed on as head of the new government. As military and civilian authority gradually became differentiated, the Party continued to exert control over the army in the same way that it exerted control over the government bureaucracy. The CCP came to power in 1949 with a reputation for honesty and a promise to end inflation. It set up a government that contrasted with its predecessors in its dedication its young officials’ freedom from corruption. Inflation was brought under control by 1952, and prices remained quite flat for thirty years(Starr, 1997).

Today, because of the effectiveness of the Party’s efforts to eliminate any organization that might challenge it’s monopoly on political life, the People’s Liberation Army (PLA) is the only organization in China with a nationwide reach that can pick up the pieces if the CCP should falter. For all reasons, any account of the power grid in China must include a careful look at the PLA.

Although (PLA) membership is at an all time high, members are unequally distributed among the population, with a substantially heavier concentration in the city and sparser concentration in the rural communities. Moreover, the party (PLA) is having difficulty attracting China’s best and brightest . Although it is true that for every thirteen individuals who apply for party membership, only one is accepted, the quality of the applicant pool is not what the PLA would like it to be. Moreover, there is evidence that the applicant pool is artificially inflated: individuals who have no intension f accepting an offer of the Party membership are induced to apply to fulfill their employer’s quota(Starr, 1997).

Many people see the economic chaos and near anarchy of Russian society today as resulting from the collapse of the Communist Party of the Soviet Union, and to avoid the same outcome in China they are willing to put up with a corrupt and discredited Party (CCP) as the only alternative to chaos.(Starr, 1997)

As it is today, “socialism with Chinese characteristics” is from central planning to market decision making. It is an economy with a large but shrinking state- owned sector, a substantial and growing collective sector, and rapidly burgeoning private sector. Liberal use has been made of capitalist methods to jump start and then fuel truly remarkable growth over the last two decades. The government is still the most important player in the Chinese economy, with about a hundred thousand state owned industrial enterprises employing a workforce of about 50 million. These enterprises operate as small, semi-independent communities within China’s cities, the largest including as many as a half million people if managers, workers, service personnel, dependants and retirees are taken into account.(Starr, 1997)

Prior to the beginning of reforms, all profits from all enterprises reverted to the government at years end. With reforms and remittance of profit was abandoned and replaced by taxes, the rate set so as to leave a portion of the profits with the enterprises, and managers were permitted some flexibility in deciding how after tax profit should be distributed. At the same time the subsidies make up deficits were placed with bank loans on which interest is charged. The state sector also includes about two-thirds of China’s wholesale distributors, two-fifths of the country’s 14 million retail outlets, and all but a small handful of banks, schools and hospitals. Most urban housing stock is owned and managed either by individual enterprises and units or by municipal governments. Finally, the state sector is all but completely absent from the rural economy, about 2,00 odd state farms employing some 5 million workers accounting for 11 million acres-about 4% of the total land under cultivation(Starr, 1997).

Following the land reform, peasants show their enthusiasm for production in two ways: in individual economy, and in mutual aid and co-operation. This enthusiasm of the peasants for production is one of the basic factors in the speedy recovery and development of the national economy and in the promotion of the country’s industrialization(Hsueh Mu-Chiao, 1960).

10. Starr, J. B. (1997). Understanding China A Guide to China's Economy, History, and Political Structure . New York: Hill and Wand a division of Farrar, Straus and Giroux.