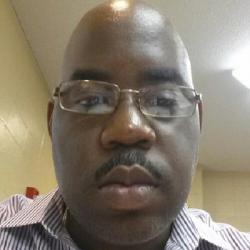 I never thought that I would even pursue writing at all, because I originally wanted to become an engineer. However, after you first enroll in college, things don't come out as they originally planned (I think it was calculus that got me). What first started out as a hobby has become something more. I've become an author of my first book, and I've written blogs, SEO articles, and short stories. I'm currently pursuing a Master of Teaching from the University in Central Arkansas in Conway, Arkansas. I like attending sporting events, music, and drawing.

Huachuca City, also known as Sunset City, is a small town located in Cochise County in southeastern Arizona. It maintains its unique charm to home buyers from its excellent schools, its outdoor activities, and its nearby tourist attractions. Located in a picturesque, rural desert setting, it is not far from shopping from nearby Sierra Vista, and is only about an hour's drive away from Tucson. Fort Huachuca, an Army base, also serves the town as one of its major employers.

The school system that serves Huachuca City is the Tombstone United School District #1, which is located in nearby Tombstone. Huachuca City Elementary School locally serves elementary and secondary students from kindergarten through the 8th grade, while Tombstone High School serves grades 9 through 12. As a small school district, its low student-to-teacher ratio makes it attractive for parents who want to ensure that their children receive a quality education that focuses on making sure that they are being taught to not only learn what they need to know so that they can succeed in the real world, but that the district also focuses on the talents on each student as well.

Once a rail stop on the Southern Pacific Railroad a number of decades ago, Huachuca City is slowly growing to become a tourism destination. It is also becoming an attraction for retirees and those who work at Fort Huachuca. There are camping and RV parks which are located in the area. Also, it is not located far from the Huachuca Mountains and the Coronado National Forest, which is known for an area known as the Cochise Stronghold, a campground that Cochise, an Apache Indian leader, used as a place of refuge when fighting against his enemies. Tombstone, a well-known Old West pioneering mining town, is not far from Huachuca City, and Kartcher Caverns State Park, a state park that appeals to people that like to tour caverns, is also within a short driving distance.

Like many other small towns, Huachuca City shows its unique style by showing how it portrays its hospitality to others. Whether this is in the local restaurants, which showcase their homestyle cooking and friendly service, or just its local festivals, these qualities all make this town more than just a simple stop on the map.

Each town has their own special quality about them that makes them special, and for Huachuca City, it is no exception. The prices for most homes there are inexpensive, and its many outdoor activities, tourist attractions, and the quality of its schools make it even more attractive in regards to its location and proximity to major employers. For this, the possibilities here are unlimited.