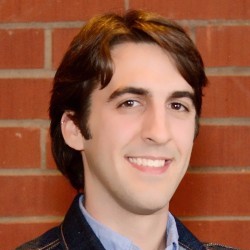 I have spent years writing press releases, social media posts, and other online content in the US and Europe.

Q: Will transit to RDU Airport be increased?
A: Yes! GoTriangle Route 100 currently serves Terminals 1 and 2 of RDU Airport, the Regional Transit Center, Research Triangle Park, Downtown Raleigh and North Carolina State University. In August, frequency increased to every 30 minutes, Monday through Saturday, and to hourly all day on Sunday. Stay tuned for updates on Route 100.

Q: Will frequency on my GoTriangle/GoRaleigh/GoCary route be increased?
A: Several improvements to the bus systems in Wake County began in August using funds from the Wake Transit Plan. These improvements are limited to midday, evening and weekend services on existing bus routes until additional buses can be purchased and an implementation plan can be developed. Work on that implementation plan, called the Multi-Year Bus Service Implementation Plan, has begun. The result will be a year-by-year list of bus service improvements for fiscal year 2019 and beyond that will include not only the bus service itself, but also the facilities that make riding the bus safe, efficient and comfortable. Public participation will be a crucial element of the Multi-Year Bus Service Implementation Plan. Those opportunities will be advertised through www.waketransit.com.

Q: Where is the commuter rail going to stop and when will it be finished?
A: The commuter rail is proposed to connect Wake and Durham counties running from Garner, through Raleigh, North Carolina State University, Cary, Morrisville, Research Triangle Park and Durham. The initial study of commuter rail and bus rapid transit has begun. That study, called the Major Investment Study, will determine many details about the commuter rail as well as create a proposed timeline. However, the Wake Transit Plan envisions commuter rail to be operational in the 10-year horizon of the plan. Additionally, projects that cross county lines require a capital and operating funding agreement in order to distribute each county’s share proportionately.

Q: What kinds of buses are being purchased by GoTriangle and how did it come to this decision?
A: Though GoTriangle’s initial vehicle purchase will likely be for diesel vehicles, recommendations for the type of future bus purchases, including vehicle size and propulsion technology (such as electric, hybrid, compressed natural gas, etc.), will be developed in the Multi-Year Bus Service Implementation Plan. Note that different vehicle types and technologies may be deployed on different types of services, depending on their characteristics.

Q: What is bus rapid transit (BRT) and where in Wake County will it serve?
A: Bus rapid transit is a grouping of improvements to a corridor including but not limited to station-like stops, dedicated lanes, signal priority and off-board fare payment systems. Project sponsors will work to achieve true BRT by setting system performance standards such as the average speed a bus maintains in a BRT corridor at the outset of the study and planning efforts. BRT will serve Raleigh, NCSU and Cary. The initial study of commuter rail and bus rapid transit is underway. That study, called the Major Investment Study, will determine many details about the BRT as well as create a proposed timeline. However, the Wake Transit Plan envisions the BRT corridors to be operational in the 10-year horizon of the plan.

Q: What are the Community Funding Areas and what is the timeline on this project?
A: Community Funding Areas are areas identified in the Wake Transit Plan that cover all municipalities in Wake County outside of Raleigh and Cary, as well as Research Triangle Park, for which funding is being set aside to support more local community-oriented transit services. Municipalities identified as Community Funding Areas can leverage this funding with their own contributions to provide local community-scale transit circulator services, additional demand-response trips, inter-community connections or other types of services. The financial model that supports the FY 2018 Wake Transit Work Plan begins making this funding available in FY 2020 and continues that funding into subsequent fiscal years.

Q: Could transit agencies consider allowing people to provide input on what stops and stations should be served or where they should be located before planners select them?
A: The planning for bus services, the bus rapid transit corridors and the commuter rail line will include opportunities for people to share their opinions about where bus stops and stations should be. Initial opportunities for public input will begin later this year. For updates and more information, keep checking waketransit.com.

Q: How will the public be engaged on the development and approval of the annual work plans?
A: The TPAC is developing a long-term public engagement strategy that will outline how best to engage the public in the implementation of the Wake Transit Plan. The public will be given opportunities to provide input on annual work plans during their development and before they are approved by the TPAC and GoTriangle and CAMPO Boards.