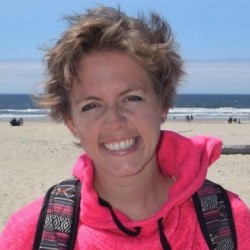 Hi there! I'm a full-time professional freelance writer and digital marketing specialist based in Eugene, Oregon.

When I'm not writing, and reading you can find me scuba diving, trying new things and learning about new marketing avenues. I'm interested in pretty much everything and am widely read so can adapt to a wide range of styles and voices.

I have a Masters in Creative Writing and have worked as a Managing Editor, a copywriter, and a digital marketer. I currently manage my own freelance writing and marketing business and have clients in just about every industry, from real estate through the nonprofit sector.

You can learn more about me on http://www.candicelandau.com

Scuba diving is a sport. No doubt about it. To anyone who wants to argue, do an hour-long dive and tell me how you feel just half an hour later. Chances are you’ll be famished and ready for a nap.

The reason we’re not all beacons of fitness is that we don’t do it every day. Unlike a runner who gets to put on shoes and run whenever the urge strikes, diving requires a little more time and planning, nevermind access to a good dive spot.

Still, there are some things that make it easier: the ability to stay calm under pressure; and relative physical fitness.

The equipment exchange portion of Divemaster training is the test that measures your ability to stay calm underwater, to solve problems underwater, and just generally to keep your stuff together.

Equipment exchange is one of the skill tests that I have heard a lot of people struggle with. This is because it task-loads a diver and requires they figure out their problems underwater.

The exchange includes switching fins, mask, snorkel and BCD with your buddy, all while buddy breathing off of one regulator.

When I did my test, I got lucky. Not only did I have no idea I was doing it, but I got to watch a buddy pair go before me.

The first thing our instructor told us was that we were going to practice buddy breathing on the surface. We were told to share one regulator between ourselves, and each take a couple of breaths from it. Simple, right?

Next we were to do it underwater.