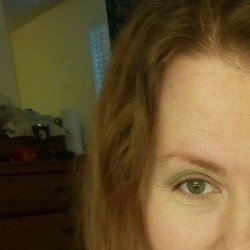 Cammy is a freelance writer, Spanish bilingual, sometimes-poet, and a self-taught knitter and artist. She has experience with writing SEO content, product descriptions and blog posts. Her favorite subjects include art, fitness, entertainment, cooking, animals, hospitality, and travel. In her spare time she enjoys -- besides the other hobbies already mentioned -- walking, weight training, swimming, being in the outdoors (camping, hiking, walking on nature trails, etc.) traveling, animals, cooking/baking, reading, listening to music and watching tv. She has 2 cats.

Your cat's claws are an important part of their daily lives. Perhaps you know them well as claws that scratch furniture. Cats scratch to express excitement, to mark territory, to exercise and groom. Their claws also serve as traction for walking and climbing as well as self-defense and hunting tools. So why declaw them?

Some side effects of declawing a cat include: urinating and defecating outside the litter box, personality changes involving stress, aggression and fearfulness, and other behavioral problems. These changes may be gradual and appear to be common symptoms of an aging cat, but they're actually a result of declawing.

The declawing surgery is expensive: An average of $100 to $500 per cat. It promises a worthy investment: A one-time high price for peace of mind from knowing the cat will no longer be able to scratch, though he or she might still flex their paws instinctively. No wonder it's so common!
Declawing is also traumatic for the cat: It is a painful surgery that amputates each toe at the first joint, similar to amputating a human's finger at the first joint. Declawed cats resort to biting. It is a myth that they can instead use their back paws (assuming they were left intact) since they would have to be on their backs to do so, completely vulnerable.

However, declawing is not the solution for scratching problems. Some good alternatives are:
- Using scratching posts;
- Using nail caps such as Soft Paws;
- Regular clipping of claws; and
- Alternating between indoors and outdoors, allowing the cat to scratch outside instead. Indoor/outdoor is the best blend rather than solely indoor or outdoor lifestyles.

For more details on how to provide for all of your pet's needs, contact us.