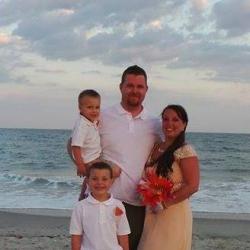 I am a freelance writer with eight years of experience with online writing, blogging, online journalism and SEO work. have worked with several online companies and private clients over the last eight years and I am proud to say I have thousands of published articles that can be found online.

If you have ever been to SeaWorld you may have been impressed by the way trainers were able to handle the huge Killer Whales that put on amazing shows every day. But have you ever stopped to think about what goes on behind the scenes or how those whales got to the SeaWorld park to begin with?

Most of us would like to think the whales in captivity were orphans or maybe once injured and needed the interference and care of humans in order to survive. We also hope they are as happy behind the scenes as they appear to be during the shows.

“I remember fragments of the story of SeaWorld trainer Dawn Brancheau’s killing in 2010 — something about a ponytail, something about her slipping and falling, something about how this almost never ever happens because in these parks, the animals are happy and the trainers are safe.” But something wasn’t right. I remember asking someone why an orca — a highly intelligent animal — would attack its trainer or essentially “bite the hand that feeds it,”she said.

Her questions eventually led her to do some investigating and get both sides of the story, including SeaWorld’s. But, SeaWorld isn’t happy about the documentary and claims that it gives false information about the park and ignores the benefits of conservation and research that SeaWorld provides.

Cowperthwaite says she was nervous about SeaWorld’s reaction to the documentary but felt compelled to reveal the truth about the park.

“SeaWorld is a $2 billion a year entity, and they’ll do anything to protect their greatest asset: Shamu. But as I moved forward I knew that in telling this story in an honest and fact-driven way, I was telling the truth. It sounds cliché but it’s really that simple. At some point you’re simply compelled, in spite of yourself, to tell a story that needs to be told no matter how scared you are of an entity that could squash you.”

Here is the link to the published version of this article…. http://www.webpronews.com/blackfish-documentary-truth-and-tragedy-2013-10