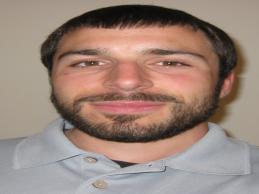 If I had to pick two things I enjoy most, I doubt any duo would top writing and editing. In my sophomore year of college, I transitioned from being a willing reader to an avid one, and virtually ever since I've reading, teaching, editing, or writing--with a few breaks here and there.


As a teacher and editor, I have worked with a wide range of written materials, including ESL student essays, legal statutes, study guide content, resumes and cover letters, and college student essays.


Likewise, my writing experience covers many subjects and writing styles. I am most familiar, however, with Web, magazine, explanatory, and analytic writing. Feel free to message me for more information!

“People’s Trophy” on the Line this Weekend in Nashville

The Cup Series takes a bye this weekend, delaying for a week the next chapter of the Race to the Chase. While the suspense of the 2011 postseason hunt goes on hold, this weekend at Nashville Superspeedway drivers will instead compete for a guitar—namely, the Gibson Les Paul Guitar Trophy, one of NASCAR’s most distinct and debate-sparking awards.

Since June 2002, the Gibson Les Paul Guitar Trophy has been presented to the winners of Nationwide Series, Truck Series, and IndyCar Series races at Nashville. Overlaid with an auto-racing design by motorsports artist Sam Bass, each guitar is unique—and each has traveled a unique path after reaching the hands of a race winner. (More on this later.)

Before Gibson Trophy Guitars were presented annually, the first Bass-designed guitar was given to Dale Earnhardt during a 1998 television special commemorating NASCAR’s 50th anniversary. Bass has since designed over 30 custom guitars for NASCAR, and in 2005 his Gibson Trophy Guitars made Sports Illustrated’s list of Top-10 Coolest Prizes in Sports.

The Gibson Trophy Guitar has attracted anger as well as acclaim. Following a June 2009 Nationwide Series win, Kyle Busch drew the ire of motorsport and music fans alike when he grabbed his new trophy by the neck and slammed it three times into the concrete of Victory Lane—so that each of his crew members could “have a piece,” he said.

Afterwards, the guitar was chipped but still intact, revealing its durability—Gibson Trophy Guitars are made of heavy mahogany and maple woods and have solid bodies—and casting doubt on Busch’s rock-star credentials. “Everybody’s [smashed a guitar] except race car drivers,” Busch said. “Those sorry saps take it home in one piece.”

Busch immediately told Bass that he “meant no disrespect,” but the artist, who initially seemed to approve of the celebration, later said he was stunned by Busch’s actions. Asked what he would do if Busch were to win another Gibson Trophy Guitar, Bass came up with a fail-proof plan. “I joked with someone that if Kyle’s in the show, we’ll make an exact replica—only it’ll be a pillow,” he said. (Busch has since received two more Gibson Trophy Guitars—most recently in the Truck Series in April—without incident.)

Most drivers, though, have gotten more use out of their trophies. Carl Edwards, for instance, auctioned off the Gibson Trophy Guitar he won in April, donating the funds to the family of Jonathan Bunting, a Roush Fenway Racing employee who passed away prior to the race in an automobile accident.

Edwards hopes to win his second Gibson Trophy Guitar of 2011 this weekend. “The Sam Bass Gibson guitar is one of the neatest trophies on the circuit and our goal is to win another one,” he said.

Ron Hornaday, Jr., who won a Gibson Trophy Guitar in 2009, did not hesitate when asked what he is looking forward to about this weekend’s race. “The guitar,” he said. “I mean, come on, everybody likes the guitar. It’s the trophy of the people.”