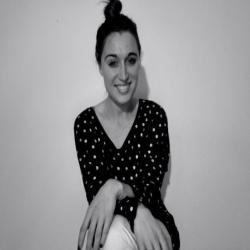 52% of consumers say blogs have impacted their to decision to buy a product. I'm here to help you amplify that number. Whether you need SEO-optimized blog posts or a helping hand with your social media communication, I'm able to handle multiple projects with strict deadlines- from concept to completion.

Simply put, I love words and I can use them boost your brand awareness. And sales.

The one thing ALL successful small businesses do on social

The one thing all successful small businesses do on social media is spend money.

Captivating images, enticing "click me" tweets, and engaging Facebook posts are all completely crucial to effective social marketing, but the fundamental social media tactic separating thriving small businesses from stagnant startups is found in the form of "paid promotion".  Although coughing up money on platforms that are free and easy-to-use seems quite counterintuitive, we now have to pay to play in today's social media world.

Related: 3 Social Media Strategies Every Small Business Should Be Using

In conjunction with TNS, LinkedIn recently released a study surveying the social media habits of 998 small businesses. The researchers quickly noticed a surprising correlation between profits and social media expenditure. Small businesses that are in "hyper-growth mode" (those seeing significant revenue development since last year) have enthusiastically increased their social media budgets at a quicker pace than companies who are still reserved on the approach.

Almost 75% of these blossoming SMBs increased spend on social last year compared to only 42% percent of non-growth businesses who allocated to social (Tweet This Stat!)

Why Do I Have to Pay to Be Heard?

The opening word "spend" most likely made your budget-conscious heart stop beating for a quick second. What made social media such an attainable and effective marketing channel for small business owners on a tight budget was the zero investment cost that comes with it. So why do you need to spend money here too? Two major reasons: to communicate with your existing followers and to reach new fans.

Paid promotion plants your posts and tweets directly into the news feed, which is where you'll reach and engage people. But constant algorithm changes have made it difficult for businesses of all sizes to get their content into news feeds. As of Facebook's December 2013 algorithm modernization, "high quality" content is now given prime news-feed real estate over standard company updates. This means that users will now see what's important to them: which is what they're friends and family are interested in. Therefore, if users aren't liking, sharing, or commenting on your content, then your page and updates will be "weighted less" and cease to appear in the limelight.

Some small businesses can't even reach their followers, let alone new customers. This weighted algorithm, according to Business Insider's Nicolas Carlson, resulted in businesses noticing that "a shockingly small amount of their 'fans' actually saw their post." Businesses are responding to this major change by adding buzz-worthy headlines, creating viral content, and attaching provocative images-- all in the name of adding more "weight" to their posts to accommodate the new set of rules. But the one major factor that will increase the rank and significance of your posts is by throwing a little money at them.

The second wise reason to invest in paid promotion is to reach new people. The only way to expand past your normal reach is to put your content in front of new faces- to amplify your message outside of your normal circle of "friends" (it's how the cool kids become popular). Twitter facilitates this race to popularity. With the platform's Promoted Tweets, you have the capability of targeting new users who are similar to your current followers. Likewise you can set your sights on users that search, tweet about or engage with specific keywords related to your product. Additional features like where the promotion will appear (in their search results or timeline) and on which devices makes this cost-per-engagement model a great way for small businesses to realize their brand awareness objectives.

Start out small. Unlike major enterprises that boast a hefty marketing budget to divvy up and spend unreservedly on social media, you're (maybe sometimes painfully) aware of your restricted marketing budget.

Jason Miller, VP of LinkedIn, recommends building a foundation by organically promoting solid, quality content. This means posting content that is relevant to your core demographic- be it discounts, local events, product releases, blog posts, or educative white papers and eBooks. Then "release the kraken", turn up the heat and throw some money at the posts.

Related: Why Social Sharing is #Important for #Business

It's definitely unnecessary to financially promote every single tweet or status update, as this could quickly drain your social funds. Start with messages that will accrue a direct ROI- new product releases, special events, and limited-time discounts. But how much spend is enough? Each social platform will help you out with easy-to-use forecasting interfaces. Facebook, Twitter, and LinkedIn will calculate your expected reach dependent on your budget, targeting parameters and timeline.

Paid promotion is a bit like overnight delivery. You can deliver content directly to the doorstep of your target audience, rather than waiting for your message to make its way through the circulation process and hopefully reach new customers. But the most successful small businesses, the ones deemed flourishing at a confounding rate, pay a little more for overnight delivery.

If your business goals include hyper-growth and prosperity this year, then begin a paid social campaign today. As in right now. Challenge yourself with a little social media experiment: choose a new or existing post (via Twitter, Facebook, or LinkedIn) and throw $20 at it. When the campaign has finished, be sure to measure your ROI in terms of new followers, increased engagement actions, and additional customers. All it takes is a few bucks to start.

The video of John John’s 10-point alley-oop in Bali received an upwards of 2 million views on YouTube alone. This viral web clip, along with a sea of other digital surf vids, attests to the only thing surfers like doing more than surfing: watching other people surf.

We all compulsively watch countless hours of guys launching above the lip, getting spit out of barrels, and hacking the open face. Our friends and family may consider these hours wasted, but surf cinephiles may get the last laugh. New studies show that we may be able to kick back and observe our way to better surfing.

Scott Grafton, a professor and researcher of psychology at the University of California, Santa Barbara, has devoted his academic career to studying the area of the human brain called the “action observation network”—an interconnected region of the brain that becomes activated when we perform a physical activity and when we observe someone else act out the same movement.

In a groundbreaking study, Grafton and his colleagues hooked up recruited dancers to fMRI machines and told them to simply watch a video demonstration of dance routines. They discovered enhanced brain stimulation to this neural network in the subjects, indicating that both subtle and complex athletic skills “can be acquired by observation without the benefit of immediate physical practice.”

According to psychologist Beatriz Calvo-Merino, this research suggests “while we are observing someone else performing a movement, we are simulating the movement in our head using the same brain regions that we will use to perform the movement ourselves.” In surfing,this could mean that whether you’re slouched on your couch watching Julian Wilson launch a frontside slob or attempting the maneuver yourself, this intricate web of neural cells lights up an fMRI screen all the same.

This concept, known as the “mirror neuron theory,” could help explain how the world’s best surfers can quickly adapt to ever changing performance standards.

According to Grafton, observation can benefit surfers of all levels in various ways. Beginners can sort out the basics of how and where to stand on the board, which direction to turn, and the chain of physical movements needed to get down the line by watching another surfer. More interestingly, advanced surfers can simulate the aesthetics of others, from Tom Curren to Dane Reynolds. “This is what the experienced surfer will care about,” says Grafton “We can model our own behavior from watching others that we admire.”

“I often figure out the small aspects of a maneuver by watching another,” says Josh Kerr. “Where another surfer looks, turns his head, points his shoulders, etc. It all adds up.”

So does this mean you can crack a beer and observe my way to landing a sky-high alley-oop? Not quite. As it turns out, it’s not just what you watch, but how you watch.

In a related study led by Scott Fey of the University of Oregon, researchers monitored the brain activity of two different groups who watched identical videos of an actor disassembling and reconstructing a complex pattern of toy blocks. One group was told they would be required to perform the activity once released from the fMRI machine. The other group was simply instructed to watch the film. The results? Those who knew they would later be required to perform the task showed much higher brain activation in the specific areas responsible for muscle memory and learning. For us, this means that an intentional yet subtle shift of mental perspective—from passively watching surf clips to actively trying to relate each movement to your own body—can potentially lead to results in the lineup.

The research could also explain why we prefer watching clips of surfers of our own stance. “It makes it way easier to relate to what a surfer is doing if they share your stance,” says Matt Meola. “Actually, my favorite thing to do is watch John John or Kelly in the mirror.”

This all sounds pretty ideal for ambitious web clip consumers, in theory, but after watching Dane’s recent feature Loaded an embarrassing number of times (17 and counting), I still can’t land stick an air-reverse (and apparently neither can Taylor Knox). What’s the catch?

“There are limits to what can be learned through observation”, Grafton admits. “There is no study ever demonstrating it can entirely take the place of direct, physical experience. The bottom line is observational learning is great, but it can never replace the hard work demanded by the physical world and learning how to move within it.”