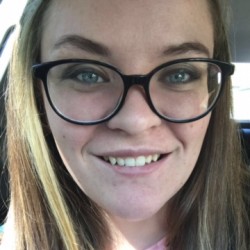 My name is Ashleigh Bramblett. I am a 21 year old stay at home mom. I love to write about family life, love and weddings, music, entertainment, men, parenting, women, blogging, and baking. I have a blog that is read by 50+ people consistently that talks about military life, baking, and my family.

My writing isn't backed by certifications and an impressive resume, but I enjoy the art of writing and journalism.

Reintegration: Is it really that hard?

By the time Kevin's homecoming came around, I was near panic. Was having him home really going to be that hard? Was it going to change the game of my marriage forever?

But here's the interesting thing.

When Kevin came home, he was home. It was like he had never left. We resumed things just as they were. There was no awkward silence. We couldn't stop talking to each other.  There wasn't any battle of who does what around the house. There weren't any "deployment was harder for me" competitions. We were just us again.

Does it happen like that for everyone? No. I know it doesn't for everyone. Maybe if we stop putting so much pressure on life after deployment and just be happy to have our significant other back home, the reintegration process wouldn't be so difficult. Why put pressure where the pressure isn't needed?

Reintegration is only as hard as you make it.