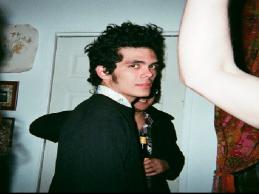 I am 23 years old and will be receiving my Bachelor's in History with a minor in political science spring 2014 from DePaul University. Though a native Texan, I have moved around a great deal growing up and am fortunate to have traveled extensively. I spend most of my day writing and now that I'm finishing school I'd like to continue being active and developing my skills. My interests are far-spanning but music has always been a high priority. I am a musician and songwriter capable of playing an array of instruments but have decided that writing will always be my purpose. Though my portfolio is seemingly limited and consists of mostly historical research prospectuses and outlines, my passion and talent lives beyond those borders. Some of my favorite writers are Walt Whitman, Mark Twain and Nelson Algren and therefore I would like to incorporate stylistic aspects that I have learned reading them into whatever it is I am writing.

Article on the future uses of Drones

Commonly referred to as Drones, Unmanned Ariel Vehicles (UAVs) have received an increasing amount of attention and criticism due to their ethically controversial usage overseas in places such as Afghanistan and Yemen— but President Barack Obama backed by substantial bipartisan support passed legislation in February 2013, requiring the Federal Aviation Administration to “develop a comprehensive plan to safely accelerate the integration of civil unmanned aircraft systems into the national airspace system” [1],  fast tracking the introduction of their domestic use. Those who are in support of this legislation have proposed a wide range of possible commercial and humanitarian applications for Drones that range from taco delivery to aiding in search and rescue efforts, and with the recent and unprecedented rate of technological growth—their uses and cost feasibility will indefinitely make these Drones a more viably attractive option for a considerable number of purposes and services, many all of which could have disastrous implications and consequences pertaining to the final dissolution of any remaining rights regarding privacy and completely undermining the Fourth Amendment.

There are currently hundreds of different UAV models already in production ranging in nearly ever size with wingspans as small as the 6.5 inch Nano Hummingbird[2], to the 86 foot Israeli-made Eitan[3], nearly all of which are built with the intended purpose of providing reconnaissance information. A decade ago, the technological capabilities that exist today on many of these UAVs would have been unconceivable; from the high-power zoom lenses UAVs with sensors that are “growing at an exponential pace (in line with Moore’s law), allowing for higher and higher resolution photos to be taken for the same price camera”[4] to see-through imaging “technology called Synthetic Aperture Radar, [that] for example, can see through cloudy and dusty conditions and through foliage, and has the potential to penetrate the earth and walls”[5], there has been tremendous and omnipotent progress in the recent development of new technologies all of which have the potential to destroy any recognizable degree of privacy in the United States.

Already, agencies like the FBI and police departments across the country are anxious with anticipation awaiting the FAAs approval to their requests for UAVs. Despite considerable efforts to impede media exposure the Houston Police Department was seen in 2007 testing the Scan Eagle, a UAV made by “Institu”, a Boeing subsidiary just 70 miles North West of the city’s limits.[6] In an interview from the local news team that had exposed the story, KPRC, local South Texas College of Law professor Rocky Rhodes responded to the tests “We see that some of these technologies that are being used in the aftermath of 9/11, that we thought were necessary to protect our security in that time, are now being used to diminish privacy in other contexts, and that is extremely worrisome." Though the Houston Police Department was neglectful to explain the function or purpose it would serve, other departments have mentioned non-lethal weaponry capabilities such as Tazers and beanbag pellets to help in the apprehension of suspects.

The extent to which Drones will have an either positive or negative impact only time will tell, but if the current trajectory persists then there is due reason for concern. This new pervasive technology will have the ability to eradicate every aspect of privacy circumnavigating the Fourth Amendment entirely as well as all other constitutional liberties concerning the subject. More so than ever before there is an imperative urgency for lawmakers to both assess the irreversible consequences that Drones might have on the lives of all Americans in juxtaposition with their questionable potential to create positive change. After all, is it unrealistic to assume that these Drones will be used more frequently to monitor the daily lives of United States citizens than to clean up nuclear waste spills or putting out forest fires?

[4] Written Statement of the American Civil Liberties Union For a Hearing on  “The Future of Drones in America: Law Enforcement and Privacy Considerations”. http://www.aclu.org/files/assets/aclu_statement_domestic_drones_senate_judiciary032013_final.pdf. March 20, 2013

Excerpt from "A Pretense for Genocide: The Ukrainian Perspective in a Larger Perspective"

Filled with valuable historical evidence, The Holodomor Reader and Harvest of Sorrow are both essential texts to consider when trying understanding the firestorm of terror that resulted from Stalin and Soviet policy between 1932-1933.  Unfortunately for several different reasons some of which will be discussed, hitherto—these crimes that for decades have remained mostly unknown, have not been given sufficient recognition from the international historical community and it wasn’t until a number of years after Stalin’s reign of terror before a small wave documents and testimonies with often-obvious ulterior motives began to appear. Even to this day—more than two decades after the collapse of the Soviet Union, very little objective evidence regarding the causes and intentionality surrounding the Great Terror that left millions of Ukrainian countrymen dead has surfaced; as a result, this extremely limited amount of available evidence and the fashion in which it is presented weigh particularly heavily on the interpretations of such events. With this unrivaled uniqueness, it is imperative more so than with any other instance of devastation of such massive proportion to study the variables and elements that that transpired leading up to the famine famine that starved millions in Ukraine, and thoroughly examine each and every source or piece of evidence to expose any possible factors that might serve as motivation or a pretense for bias in order to preserve these significant historical events.

Terry Martin, author of Affirmative Action Empire: Nations and Nationalism in the Soviet Union, 1923-1939 argues for a much different, greater perspective for approaching or understanding the events outlined by the former texts and by juxtaposing the famine that devastated Ukraine during 1932-33 to a larger and personally detached perspective, one that incorporates a much wider range of Soviet policies and their consequences throughout rest of the empire in reference to a greater period of time, the implicit bias that serve as the crux of these texts becomes revealed.