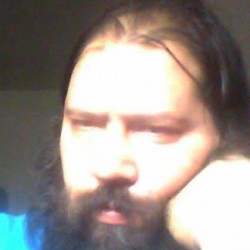 My pic encapsulates the old adage, "Go Beard or Go Home". You can call me "Deacon" (my mom calls me "Joey", but no one else can-- if you must go with the formal "Joseph", you're also in good company). I've done content writing for years, as well as written a couple of self-published books. I decided this year to make writing a full-time endeavor. Decades of experience in sales and marketing. Lived in some interesting places.

When you picture a content writer as someone burning the midnight oil hunched over a desk, smelly half-drunk ale to the right of his keyboard, out of shape, pathetically obsessing over the next word... that's totally me! Let me be your monkey.

Who Killed Promotion and Relegation in the United States?

When NASL Commissioner Bill Peterson discusses promotion and relegation in the U.S., many American soccer writers dismiss it as fantasy. What they don't know is that Peterson's idea isn't original: it was in fact promoted by the President of U.S. Soccer before and after the United States won the World Cup bid.

According to a 1989 white paper by U.S. Soccer that was revealed today by Daniel Bonaire on Twitter from documents gleaned from veteran soccer journos, the federation was working on a three-tier structure in the United States, in an open system with the opportunity for any club in the United States to participate. The plan was supported in 1988 by U.S. Soccer, according to the New York Times, under the presidency of Werner Fricker, who was head of the U.S. Soccer Federation until 1990. A faction of US Soccer membership wasn't happy with the idea, however, and took steps to get Fricker ousted from U.S. Soccer and replaced.

That group would go on to create Major League Soccer.

Alan Rothenberg--former president of the NBA's Clippers--was installed, according to the Chicago Sun-Times, as a candidate representing a group of lawyers who oversaw the Los Angeles Olympic Organizing Committee and power players on USSF. By conducting a campaign against Fricker claiming cronyism, the LAOOC laywers quickly set up shop to begin organization of the 1994 World Cup. Because a professional division one had to be sanctioned before the Cup, the APSL-- the top professional league at the time-- was confident it would be sanctioned back in 1991. Instead, an arbitrary selection process was created to ensure that Major League Soccer (at the time little more than a business plan) would be established as the legal first division in U.S. Soccer by having the only league actually in operation run against two imaginary proposals. The Federation followed the slick group of Hollywood lawyers at the top of the pile-- and Major League Soccer was born. The APSL would eventually become the USL.

And Werner Fricker's public plan for U.S. Soccer – open leagues and three levels of professional soccer with promotion and relegation between them -- was dead in five short years before it ever came to pass.

As Fricker's plan had won the United States the bid, and with the APSL the top U.S. league at the time, did this small group of Los Angeles lawyers with ties and positions with other sports leagues kill Fricker's plan because of a conflict of interest? Were they afraid of what could have been if Fricker's plan have been implemented and-- with the FIFA World Cup awarded to the United States-- was his replacement and the creation of MLS in the face of an existing soccer league all part of a larger plan to actually slow down soccer's growth in the United States? What if the fact that the Commissioner of MLS was chosen at a NFL owners meeting wasn't so much a coincidence, but a way to insure that soccer remained under the thumb of other American sports.

We ultimately may never know. Werner Fricker died in 2001. Many of these parties have passed on. And as we've learned from the Chuck Blazer scandal, a lot of Americans involved in soccer are being very quiet, such as the current head of U.S. Soccer, Sunil Gulati, who also shared duties on Kraft Sports Group, owner of the NFL's New England Patriots.