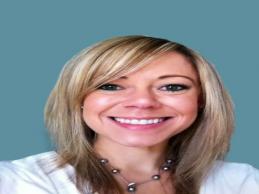 Tabitha Jean Naylor is a self-described digital marketing machine and certified Inbound Marketing Consultant with close to a decade of experience in both B2B and B2C markets. Her knowledge of how sales, marketing and great content go hand-in-hand has resulted in a variety of successful campaigns for start-ups through NASDAQ traded companies. When not putting the pen to the paper, she enjoys the fine arts, traveling and volunteering with a variety of animal rescue organizations. She holds dual bachelor degrees in Political Science and International Business from West Virginia University, where she graduated magna cum laude. This transpired, of course, after her realization that a career as an astronaut probably wasn't in the cards.

Social Media: The Lost Lamb of the Marketing World?

There is no doubt that social media was a powerful marketing tool…several years ago. You would post a comment or suggestion on a site such as Twitter or Facebook and receive a tailor response to what you said. No auto responders, no pre-scheduled welcoming or thank you messages. It was a revolutionary new way to reach those in control of your favorite brands, products or services.

This new channel for networking between customers and businesses provided a new way to communicate. A method that was personal and expansive than any other method that had been introduced before.

However, the world of social media today is somewhat….well quite, different. Most comments on the pages of big brands or companies social media sites remain unanswered, in fact unseen. The occurrence of social “spam” is greater than ever and the tweets that are posted by big name companies are more of a broadcast message than genuine information that followers would want to read. So is this the end of the social media where interaction was valued?

If you evaluate the trend that social media is following, you will likely see the similar path that email marketing techniques followed a decade ago. Instead of letting this define modern social media, companies and consumers have to embrace the challenge at hand and overcome them to get back to a more responsive media experience.

So what is it that must be overcome? The driving forces that have transformed it from social media, to social channels are the answer to this question.

To be social means to actively develop personal gatherings, or small groups that share common interests or a particular niche in common. Once the groups are formed, use context and interests of these individuals to make the conversations more meaningful. Also, you need to determine your purpose to inform, help or delight.

The modern social media messages and marketing interactions have turned a completely different direction than their social origins. They are typically one-way messages that are impersonal and simply broadcast a message or a sales pitch.

This change was the direct result of a saturated social media platform. Once the sites became flooded with groups, businesses and individuals it was harder to develop those one on one and personal conversations. This change made it essential for businesses to focus on driving clicks, as well as activity, instead of developing relationships with real customers.

The fact is that as a business grows, so does their following. When you post something you are likely to get many more responses than when your business was new or in its startup phase. However, now more than ever is when it is important to develop those personal relationships and comments to messages and comments left on your page. Today it is even more rewarding to do this than it was in the beginning of social media.

Due to the impersonal responses, or non-responses of companies and brands, many consumers have “un-liked” or been hesitant to like new brand pages. They are much more selective in the ones that they follow even in comparison to a year ago. This is a trend that can be changed.  In order to do so, however, you have to make the effort and put in the time to respond, engage and interact with your social media followers.