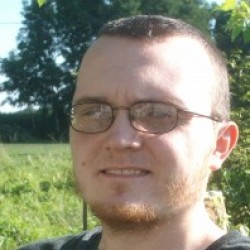 I am an accomplished freelance writer, having 6 years of experience. I have written many articles for many clients in this span of time, writing about various topics. I am currently studying to become an Accountant, and I have Statements of Accomplishment in topics relating to Accounting and Social Entrepreneurship.

Please check out the links provided in the main link above. Those links on the page will take you to articles that have been written by me. Those articles will give you a better idea of what to expect from a talented writer like me.

If you are interested in contacting me about writing work, send me a message.

The New England region of the United States was severely tested by the British military forces during the heated period of the War of 1812. The height of British threats came in the summer of 1814 when the eastern part of Maine was seized, Nantucket was forced to sign a neutrality agreement, and most of the east coast suffered through British raids, which included the city of Boston. Experiencing such a damaging raid, local Boston leaders were seriously considering not to comply with the war altogether, and there was even serious talk of the state of Massachusetts seceding from a United States government that appeared to be collapsing.

There were a variety of complex issues surrounding the mysterious beginnings of the War of 1812 and in comparison, the Revolutionary War established the American Revolution, the process of making the United States of America an independent nation. However, relations with the British remained shaky at best as the British continued to antagonize American sailors, forcing them to work on their ships and having Indians attack settlers inside the ships. While these acts weren't severe enough to be considered acts of war, hearing of such incidents resonated with the leaders of the young country.

Though America had won its freedom, England remained as America's main commercial partner for trade overseas for all kinds of goods and inventory.

In June of 1812 the United States Congress initially proposed a war measure, which would pass the Senate by the score of 19 votes to 13, though New England and New York voted against it and were extremely opposed to the concept. After all, England's naval units were toughening up during a time when Napoleon Bonaparte was wrecking havoc on the seas, and the British navy was considered the strongest navy force in the entire world. American Republicans were not helping to get their point across for this war as they refused to pay taxes and refused to build up the American naval units. Conveniently enough, the country's debt tripled as a result.

In September of 1814 Francis Scott Key wrote the lyrics of the now famous song “The Star-Spangled Banner”, and he wrote this song at a time when the Union was considered to be at one of its weakest points.

The people of Boston, Massachusetts were especially furious at everything that had occurred during the course of the war, as many Bostonians were filled with gloomy attitudes. The Boston Gazette once put it out very bluntly “If James Madison is not out of office a new form of government will be in operation in the eastern section of the Union.” The Massachusetts House took a vote and the results came out as 406 to 240 in favor of denouncing the War of 1812 as nothing more than an unnecessary distraction. Massachusetts Governor Caleb Strong sent out messages to his counterpart up in the Canadian territory of Halifax in secret. New flags that represented the New England region would soon be flown, and the design of these flags contained 5 stars and 5 stripes. Maine was a district of Massachusetts at the time.

Throughout Boston and the state of Massachusetts there were generally deep feelings against the War of 1812, which serves as a reminder of how fragile history can be, especially when one state considers secession. The popular term “gerrymander” was used to describe the attempt of Massachusetts Republicans to retain power through redistricting, and the credit for this tactic was given to Republican Governor Elbridge Gerry. Essex County was certainly at the heart of the controversies surrounding the gerrymander tactic.

In total 20,000 American and British soldiers and sailors lost their lives ijn the War of 1812, and this conflict significantly reduced regional profits fro trading with the British. Thankfully, the American people would eventually get to rest as the Treaty of Ghent would be signed on December 24, 1814, a treaty that came into fruition thanks in part to the future 5th United States President John Quincy Adams. Of course, one final climatic battle in New Orleans from January 8-18, 1815 still occurred.

A diary of the war's developments was kept by a Harvard 1818 grad named Robert B. Williams, who wrote on the pages of a pocket almanac. Williams documented the celebrations of Boston and Cambridge in response to the official ending of the War of 1812. According to this diary, Harvard normally got deliveries of firewood from Maine, but these deliveries would soon be captured and burned by British troops. Therefore, the Harvard grads had to quickly gather local wood for burning. They also had ordered roofing slate from Wales, but because of the Welsh connection to England, the Harvard grads had to turn to a New York supplier to finish building the now historic Holworthy Hall in the summer of 1812.

The Harvard Washington Corps was a student military drill unit that was revived during the time of the war. A uniform in the Harvard Washington Corps featured a blue coat, white vest, white pantaloons, white gaiters, common black hat, and a white belt with a bayonet and a cartridge box. Referred to as “Dandies” by the Regular Cambridge Militia, which wasn't a compliment, these young militants would be chased to the edge of Harvard Yard with British bayonets pointed at them during a British invasion attempt.

It is easy to see why Boston and the New England region as a whole had strong feelings against the War of 1812. Along with these war efforts not being handled properly to begin with, the United States was a very young country that was still trying to establish its identity and find its way economically. The War of 1812 was an additional stress and headache for Bostonians who only wanted to live peacefully, having already seen how rough a war can get in the Revolutionary War. Ironically enough, though they were opposed, it was the New England region that supplied American troops with the most men to participate in the War of 1812.