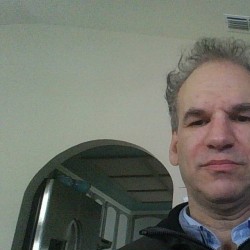 Big data can be very useful to companies if it is organized and collated properly. It can show consumer trends that may be seasonal as well as longer-term trends that may require a business to adjust its business practices. If a business has tight margins, a statistical analysis of this data may prove vital to its success. Examples of these type of businesses are subscription companies that sell this collated data, clothing companies that must change inventory with each coming season, and technology or the automobile companies that must recognize a change in consumer tastes for product quickly to maintain a profitable share of the market. For subscription companies, big data is their livelihood. Their parsing of this data into individual demographics and psychographics enables them to sell this information to companies around the world that are developing products specific to one of those demographics. Without that ability to quickly segment that large data pool, those list companies would go out of business quickly. In contrast, by using that ability well, they are very profitable. Any clothing company from Aeropostale to The Gap to Land's End has a very difficult job to do each season. It must be able to predict what its consumer base will be interested in purchasing the following season for it to know what product to purchase now. These are difficult businesses to run as they work opposite from most other companies. Instead of selling general merchandise they know the public will buy because it is common to the majority and then using that revenue to make decisions on the direction of the company, these companies must work backward. They must spend prior revenue on a product they can only guess they can sell in the future. Studying large data sets generated from what is happening in other markets plays an enormous role in their current business cycles. They could try test marketing a product, but that it is expensive to hire focus groups and not only are their margins extremely tight, but their timelines for decisions are very short. Automobile companies have a slightly different problem than clothing companies. Their product line is not just affected by consumer preference, but it is also affected by world pricing markets. A clothing company does not need to worry about the price of oil or the average size of the family unit or the local infrastructure. A car company does. Clothing companies also have product timelines that last 3 months. Automobile product timelines are often 5 years as it takes far greater resources to make a car than a dress. Expenses for automobile manufacturers are therefore far greater than those of clothing manufacturers and yet they have to be able to predict what will sell that far in advance.
9/3/2017 How Business Success can depend on the Proper Analysis of Large Data Sets | HubPages
https://hubpages.com/business/How-Business-Success-can-depend-on-the-Proper-Analysis-of-Large-Data-Sets 3/3
Examples of the failures are long: The most famous is probably being the Ford Edsel which took 5 years to produce and failed immediately. Less famous examples would be American Motor Corporation's Gremlin, the Ford Pinto or General Motors Chevrolet Corvair, each of which was not only ugly but turned out to be so poorly designed as to be dangerous (Unsafe at Any Speed, 1965 Ralph Nader). Then the unexpected oil crunch of the 1970s came and suddenly the standard large American car lost out to the Japanese smaller cars that were more stylish and fuel-efficient. Within 10 years, several American car models disappeared from the scene with all the money invested in making them going down the drain. All because no one bothered to study the available data at the time. Technology companies have an easier time than clothing companies as they sell a product the public has often purchased so they have less fear of losing market share regardless of the product. However, one look at the price wars between Google's Android tablet and Apples' iPad or Microsoft's Xbox and Sony's Wii or the battle for online domination between Microsoft's Internet Explorer and Yahoo's search engine shows you how consumer demand can alter company bottom lines very quickly. An ability to triage big data properly and quickly can literally save a company from bankruptcy. Is it any wonder that statisticians are paid so handsomely?