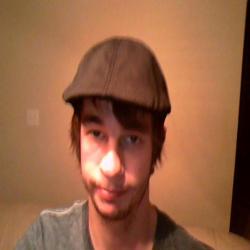 My name is Ryan Scott, and I am a full-time freelance writer. I have a lot of varied experience and absolutely love what I do. I have done blog writing, news writing, features, transcription, script writing and more. I truly enjoy my work, and am looking forward to my next project.

Ever since the last instalment of the “Jurassic Park” franchise back in  2001, there has been buzz of a fourth film in the works. For More than ten years, nothing truly materialized. But now it is confirmed and fans will finally get to see dinosaurs return to the screen in 2015.

As with all highly anticipated films, there are many rumors circulating in regards to the various details of “Jurassic Park 4.” And so far, those details have been few and far between. Here is everything that we know to be true so far about the upcoming sequel.

The movie has a director, and that man is Colin Trevorrow.

It was announced back in March that Trevorrow will be directing the film, with only one other full length feature under his belt, the low budget 2012 indie film “Safety Not Guaranteed.” Steven Spielberg, who directed the first two “Jurassic Park” films, hand picked the director to helm the project.

The film will be titled “Jurassic World,” which some have speculated has implications with a rumoured plot line that involves a fully functioning dinosaur park as originally envisioned in the first film.

“Jurassic World” has been given an official release date of June 12, 2015. The film was originally supposed to be released in the summer of 2014, but do to re-writes and Trevorrow not wanting to rush the production, the date was pushed back.

As far as casting goes, there are only a few people with confirmed roles in the film. “Spiderman 3″ star Bryce Dallas Howard, Ty Simpkins of “Iron Man 3,” and Nick Robinson of “The Kings of Summer.”

Other actors such as “Parks N Rec” star Chris Pratt have been in talks for roles, but have yet to be confirmed.

The film will not be a re-boot, but an extension of the franchise. Trevorrow recently took to Twitter to address this specifically.

“Reboot is a strong word. This is a new sci-fi terror adventure set 22 years after the horrific events of Jurassic Park,” said Trevorrow.

“I can’t actually tell you who that will be,But you’ll want to keep the lights on after you see this movie,” said Horner.

We have yet to find out if some of the films original stars such as Sam Neil or Jeff Goldblum will return, but at this point it seems unlikely.

Be sure to watch the video below to get some more info on “Jurassic World,” a.k.a, “Jurassic Park 4.”