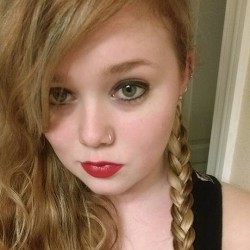 "An unprecedented threat to the copyrights of digital media piggybacked upon the appearance of the personal computer in 1975: this threat is now referred to as piracy. As numerous forms of entertainment—movies, music, and video games—became accessible through the World Wide Web, illegal ways of obtaining them began to rise.

Today, digital piracy is a trend that has become an almost daily part of Internet culture. Variety.com notes, 'Twenty five percent of Internet bandwidth traffics in infringed property. In January 2013 alone there were some 327 million unique visitors to sites with illegally downloaded material' (Dodd, 2015). This adoption of illegal activity by such a large portion of the general public is a cause for alarm, not only for the moral state of our society, but also for the financial state of the studios providing this entertainment. It is entirely possible that if a majority of consumers turn to piracy, these studios could be forced to raise their prices, tighten their budgets (which means less entertainment produced), or even close down all together.

By conducting research on how heavily piracy financially and socially impacts the corporations that produce our entertainment, I hope to inform other consumers about the true effects of piracy. Among general internet users, illegal downloads have become the action seventy percent of them accept (GO-Gulf, 2011) but no one talks about, because it is breaking the law. There are existing conversations on whether 'artistic expression' should be freely available to all or if piracy really 'hurts' anyone. Perpetrators justify their behavior through the assumption that everyone employed by the entertainment industry is already paid large sums, no matter the amount of products actually purchased."

"So why is the term 'gamer girl' still being used? Don't we all love the games--guys, gals, or otherwise? Isn't it about mystery, fun, horror, confusion, fighting, winning? Why do we have to differentiate 'girls' from gamers? Can't we all just love the game? What is a gamer girl?

The majority definition states that it is a girl who plays video games. Some female gamers claim there are 'fake' gamer girls who only play 'simple' games and behave in a loose manner to get attention.

These definitions disappoint me. They would relegate any female that plays video games to a single, stereotyped category. I would assume that most females (and really anyone of my generation) would be sick to death of stereotypes. This is 2015. We are all about redefining ourselves, our stereotypes, and what it truly means to be human.

In my time interacting with and observing the gaming community, I've learned that it has the tendency to resist labels. Gamers and developers are always looking for ways to break the mold, think outside of the expected, bring something fresh to the floor.

I won't demean myself to identifying with the 'gamer girl' term. It's not something to be proud of. It's not noteworthy. It's not uplifting. The stereotype that rides with this term means that 'gamer girls' are slightly below the level of 'gamer', which says something. It says that levels exist below just plain someone who loves to game. Even in this community that (at least I've found) tends to be accepting and caring and accommodating, people still cling to a hierarchy.

I don't call myself a 'gamer girl'. I give other females who play games the same courtesy, as I would males or old people or anyone else who enjoys games. We're all gamers. We all love the game and this is what makes us all the same."