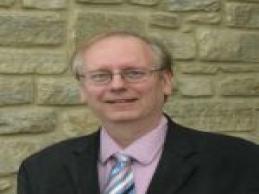 Richard Sincere has been a writer and editor for more than 30 years. He is a widely published analyst of foreign policy issues and domestic political topics. His articles have appeared in newspapers, magazines, and professional journals in the United States and abroad.

As an independent editorial consultant, he has written speeches, ghostwritten articles, researched reports, and drafted memoranda for wide range of foreign and domestic clients.

Prior to becoming an independent consultant in 1993, Sincere was director of international economic affairs at the International Freedom Foundation in Washington, D.C., books editor and subsequently editor-in-chief of terra nova, IFF’s quarterly journal of free market economic and political thought, and editor of Sub-Saharan Monitor, a bimonthly newsletter of African affairs. (Sub-Saharan Monitor has recently been revived as an online news aggregator.)

Sincere worked in the office of public affairs at the Center for Strategic and International Studies, where he edited the Center’s quarterly newsletter, and was a research associate at the Ethics and Public Policy Center, where he specialized in U.S. defense policy and US-African relations. As a free-lance writer and editor, his clients have included several Washington think tanks, U.S. government agencies, and foreign political leaders. He is currently affiliated with Scribe Strategies & Advisors, a Washington-based consulting firm.

Sincere earned a B.S. in Foreign Service from Georgetown University (1981) and an M.Sc. in International Relations from the London School of Economics and Political Science (1987). He is the author of The Politics of Sentiment: Churches and Foreign Investment in South Africa (1984) and Sowing the Seeds of Free Enterprise: The Politics of U.S. Economic Aid in Africa (1990), as well as co-editor (with Zbigniew Brzezinski) of Promise or Peril: The Strategic Defense Initiative (1986). He is a member of the African Studies Association, the Association for the Study of the Middle East and Africa, the Election Center, Phi Alpha Theta, and the Virginia Electoral Board Association.

From 1994 to 2009, Sincere was entertainment editor for The Metro Herald, an African-American weekly published in Alexandria, Virginia. In this role he reviewed theatre, music, and film. Starting in April 2010, he has been a regular contributor to Examiner.com.

Richard Sincere has been both correspondent and host for local cable TV public affairs programs, and he has appeared on hundreds of radio and television interview shows to discuss public policy issues. He has been a candidate for elected public office on three occasions and has worked on numerous political campaigns at the federal, state, and local levels.

For the academic year 1996-97, he was chairman of the Social Studies Advisory Committee for the Arlington (Virginia) Public Schools. Before moving to Charlottesville, Virginia, he also served briefly as a member of the Arlington County Arts Commission. He is currently secretary of the Electoral Board for the City of Charlottesville.

This writer has not yet submitted a writing sample.