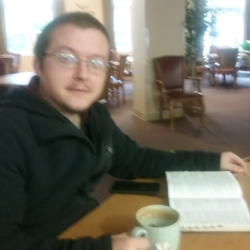 Writing is my passion. I have web design experience and a blog with plenty of samples of my work.

I am an expert on structural pest control.

My specialties are in-depth articles with colorful prose, blog posts which draw readers, product descriptions that paint a picture to bring sales, and web content that zings.

Choose me for your next project. You'll be glad you did.

In Flash Point: Fire Rescue, a cooperative board game, the players fill the role of a group of firefighters called in to fight a dangerous house fire. The goal of the game is to save the victims inside the house before the building collapses from the growing flames.

Cooperative board games bring the players together to meet a shared goal. They fight a common nemesis, and they compete against that enemy rather than striving to defeat each other. Cooperating to win or lose together can be a strong family-building or team-building experience, which is a highlight of these games.

In Flash Point, the goal is to save seven victims through teamwork and careful planning. Each player has their own actions in a turn, but they win by working together. One player may spend their turn putting out fires in the living room while another player chops through an exterior wall to drag a victim out of a smoky bedroom. They defeat the flames and save the victims together through their coordinated acts of heroism.

The game has very detailed mechanics, yet it is easy to learn as the instruction manual is well-written and clearly illustrated. There are four difficulty levels and the maker Indie Boards and Cards has released a number of expansions for the game. These add further difficulty, provide players new specialized roles with unique abilities, and they include new fire sites such as a submarine, an office building, and a factory.

In our playtesting, we’ve found this game to be great fun with plenty of replay value. It really brings the players together. The camaraderie of defeating the fire and saving the victims is very fulfilling. Overall, this game gets an excellent rating, and we’ll be fighting its fires for a long time to come.