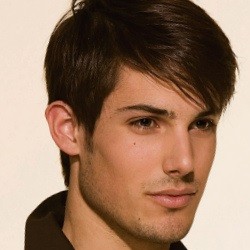 As a former journalist, I know how powerful a word could be. Now I'm a blogger and writer at Writer-elite company. Working with experts in academic writing is a pleasure. And I happy to share my experience with those who are only learning. My motto: Live the life you love, love the life you live.

The whole world has been challenged with the conflict of handling the death row inmates. The world is divided on this pertinent question of whether to scrape the death penalty and substitute it with life imprisonment. Some human rights activists have strongly opposed the execution of the death penalty. The debate has been continuing for decades. In fact, Stokes observes that 10th of October 2010 had been set aside as World Day against Death Penalty.

According to Williams, the call for the abolition of capital penalty in U.S. goes back to the nineteenth century. The question was as whether the government had the obligation to forward individuals to death. It was a question of morality and nature of governance. It was after this debate that Michigan joined some of the earliest governments in the whole world to abolish the death penalty in 1846. It was denial of human rights. William notes that in its Declaration of Human Rights, the United Nations recognized right to life, liberty, and security as fundamental rights. Coalitions like the World Coalition to Abolish the Death Penalty has been pushing for world-wide initiatives for anti-capital punishment.

Those who do not uphold the death penalty claim that there is no country where the judicial system can be mistake-free. According to them, it is an abuse to one’s human rights. When an error is made in capital case, and an innocent person becomes executed, it is irreversible. The main purpose of punishment is obviously to learn a lesson. It is on this ground that those who are opposed to execution of death penalties base their premise. There is no point of leaning a person lesson given that one will not receive a chance to show that one ever did it.

According to Bedau and Paul, another advanced argument against the death penalty is anchored on cost. Capital cases require an exceptionally long and complex judicial process. It is more costly than life without parole. Plenty of money is, thus, spent. This is to ensure that innocent people are not executed for crimes they did not commit. Furthermore, these huge sums of resources could be secured and invested in community development programs such as improving education, roads, and other infrastructures. It is also at times argued that it is quite cheaper to keep the death row inmates in prison for life rather than execute them.

Over the last few years, a trend has been observed where countries are abandoning death penalty. It is intriguing to understand that they are not doing it in order to offer human rights to their citizens. International Amnesty argues that it happens not due to moral reasons but a push to reduce costs for executing capital penalty. They discovered that it is cheaper to keep inmates facing death punishment than to execute them. For instance, New Jersey banned the execution in 2007 on this ground. The administration has revealed that they spend about four million dollars for a single death sentence. However, according to Stoke, none has been executed since 1963.

Death penalty is a waste of time and money. Lawyers handling such a case are more experienced and, thus, attract more cost. The cost of DNA testing is also high. Such convicts also require to be put in uncommon buildings. They will also need beefed up security guards. However, after the verdict, they remain in prison and are never executed. Inmates who are convicted on death row can take twenty years before all appeal channels are exhausted. This is extremely long time to put a victim suffering.

With the advent of sophisticated modern technology, it has emerged that innocent people suffer for mistakes which they never committed. Modern DNA testing has shown that a number of convicts were not the actual offenders but rather victims of circumstances. It was on this premise that Governor George Ryan was persuaded to ban executions. He proceeded to turn over one hundred and sixty three sentences into life imprisonments.

On the other hand, there are those who still remain in support of the death penalty. They term it as the only course of justice. For them, death penalty costs much at least because the authorities opt to take a long time before executing it. They feel the process should be made somewhat quicker. However, courts admit that it is impossible to make the whole process quick.

Those who are in favor of the death penalty argue that its execution results lead to a drop in crime rate. Failures to execute those who are convicted is what increases crime rates. It has been argued that most judges and juries also fear total execution of the death penalty. Hood and Hoyle argue that they fear that evidence might prove that the case was wrongly determined. These advocates have insisted that the death penalty cannot be taken to be an effective way to deter criminal activities. To them, life imprisonment has done extremely little to protect the public from repeat offenders.

In conclusion, after having weighed both sides of the debate, it is crucial to observe that those who are in favor of the death penalty and those opposing have their stand to defend in concluding the contentious debate. In both cases, they are in unison that capital punishment is expensive, arbitrary, and fallible. Following their fundamental reasons, it appears that death penalty interferes with inherent human rights. No matter what stand one takes, it upon the society to uphold morals that value human life. However, the course of justice must also take its cause. A human right perspective on human right will serve better. Without considering costs, errors, and possibilities, it is better that one respects human rights. The key question remains as to why punishment is administered. Of course, it is to correct the offender and give a chance to change.

Paul Martinez, as a former journalist, he knows how powerful a word could be. Now he is a blogger and writer at https://writer-elite.com/buy-an-outline-online/. Working with experts in academic writing is a pleasure. And he is happy to share my experience with those who are only learning. His motto is: "Live the life you love, love the life you live".