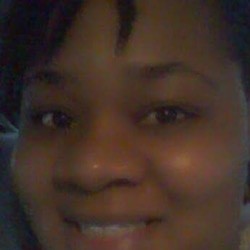 Sample
In the Paleolithic period, the S-shaped of a woman was correlated with fertility. A woman would pick her mate based on him being the alpha male and able to provide for a family. Whereas the women were chosen based on her youth and the ability to produce children based on physical appearance. Although women weren’t obese, a curvaceous woman was more appealing versus a slender woman. According to R. Dale Guthrie, the actual presentation of a woman was or could have been altered to meet the erotic representation of a woman. “Paleolithic artists dramatized female hips, thighs, breasts, and buttocks, enhancing the same fat depots evolution had already exaggerated in-the-flesh. This female body “hot spots” are areas of heterosexual male erotic interest (pg. 365)”. Although there is paleolithic art such as the Venus de Brassempouy and the Venus of Willendorf that show a mild generalization of a woman’s facial structure but no facial details most of the paleolithic artwork representing women excluded or barely showed the face, hands, feet, or arms of a woman. Like the paleolithic time period, the 16th century also showed their point of view of a woman.
The Nude Woman Holding a Mirror was a male perspective of a woman. There are more details of what men found appealing in women. In the 16th century, male artists had more options of what kind of art they could portray. Tyler Cowen from the department of economics at George Mason University explains the obvious reason in the different types of work between female and male artist was, “apprentices received careful training in working with pigments, grinding colors, linear perspective, and geometry, among other skills. Later men traveled freely to study art, worked with nude models, and even dissected corpses- all prerogatives that were denied to women. Sofosniba Anguissola received a relatively complete artistic education, but even she was not given full apprenticeship training” (pg. 6). In the Nude Woman Holding a Mirror piece, the women are looking at herself in a shameful manner rather than of self-acceptance.