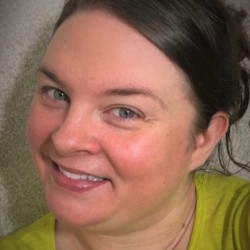 I am an artist and writer from Texas that loves to create original content. I enjoy writing articles and blogs, among other things. I give my full effort to fulfill a client's needs and produce high-quality work. I am currently taking several courses through the AWAI website to improve my writing skills and will continue to keep this valuable resource throughout the future.

Artistic Shadows Of The Past Brings New Hope

Does every artist know when they are young that they want to be an artist? I'm sure there are as many varying answers as there are artists. When asking artist Lisa Henderson, she said, "Though I did art to some degree all my life, had art classes in school pretty much every year and even made the comment that I wanted to be an artist when I grow up...I didn't know what that meant or keep it my mind". Like many people, as Henderson became an adult with a growing family to care for, all those long-ago thoughts were hard-pressed to make it to the surface, as life and time continued moving forward.

Though Henderson wasn't exposed to much art from others as a child, she eventually came full circle and, through the internet, was able to immerse herself in art from places all over the world, even though she lived in a tiny rural community. The art bug was seriously sparked by this pivotal time, changing her whole idea of what was possible to do with her life. Henderson saw artists from all over the globe doing what they loved, pursuing a career in art. Lisa was quite relieved as she says, "I never fit in at regular jobs...my mind is very creatively geared, so I found it very difficult to concentrate." As many creatives do, she felt ill-suited every time she took a "regular" job, and little did she know, that something better aligned with her personality was waiting quietly in the wings. Henderson states that she learned more as an adult than she did in all the time before that. "A lot of what I learned growing up wasn't absorbed as much as it could have been."

Though she's starting later than some, she's determined to make up for the lost time. Inspiration for her work comes from past artists such as impressionists like Van Gogh and Monet, and current artists that she loves to follow on social media and across the internet. Henderson believes that the time we live in is the best for artists because there are unlimited opportunities with the ability we have to connect to people and places. "There are so many opportunities that it's mind-blowing." Lisa loves impressionism, abstract expressionism, and art nouveau, among other styles. Her creative process is very organic and intuitive, though she does plan basic things for each series so she can be the most efficient with her time and get the best outcome.

Growing up, Henderson thought that making something to "look like something" was the only way to create. When she realized later, that wasn't the case, a whole new mindset took over, and she didn't have any limits or boundaries to her work, and her imagination went wild. She focuses mainly on purely abstract pieces but also enjoys florals, landscapes, and collage work, among other things.
Here are a few things fans of her work have said:

"Lisa, there's something joyful and uplifting about your work! I look forward to owning one of your paintings one day". Melissa M.

"Lisa!!! I am blown away. This is the first time I have seen your work. Not sure where I have been, I will be watching you!!! Cindy N.

"Lisa, you sweetheart. Your happy florals were my inspiration to cut loose and have some fun. I'm a huge fan of yours". Sue R.