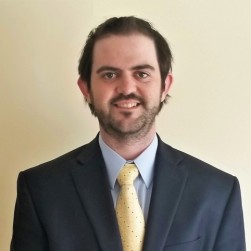 Luke has experience working with a variety of clients to create digital media and develop marketing materials to help build their brand. He is a dynamic, focused and hard-working professional writer with a diverse skill set and a wide range of experiences. He's worked as a technical writer, creating tutorials and manuals as well as writing release notes for software updates. He's also worked at a print newspaper publication, writing articles as well as helping with document design and layout, and graphic design for advertisements.

No, you’re not seeing double, and no, King Neptune’s restaurant in Wrightsville Beach doesn’t have a human cloning machine, but a pair of identical twins on staff does have some patrons doing a double take.

Micaela and Danielle Cleary both started working at King Neptune’s in high school as servers and since turning 21, they have taken some bartending positions, prompting a few curious reactions from patrons.

Danielle, who also works as a cosmetologist and hair stylist, said that the twins have grown accustomed to the confusion.

“Normally, I’ll just go with it,” Danielle said. “After a while of calling me the wrong name, I’ll just say, ‘By the way, I’m Danielle.”

The twins’ father, Tom Cleary, said their resemblance was even stronger when they were younger, recounting how they once exchanged outfits in the Oceanic Restaurant bathroom.

“Only their grandfather could tell them apart,” he said.

Although the twins say getting mistaken for each other can be frustrating at times, it does come with its benefits at work.

Micaela, who is an esthetician and makeup artist, says bartending with her sister has paid off on occasion.

“I’ve had customers before who will mistake me for her and tell my boss that I’ve been doing a great job, when they really meant to compliment Danielle,” Micaela said.

Although, of course, both Micaela and Danielle are superb servers and bartenders, so it can be easy to mix them up.

Visiting King Neptune’s and seeing the Cleary twins working together can be disorienting for customers at first. However, many patrons have gotten used to the identical siblings and have even found ways to tell them apart.

“You just learn to recognize the little differences,” says Matt Vanderwal, a regular at King Neptune’s. “Not to mention they’ve corrected me a million times.”

Seeing the Cleary twins at King Neptune’s can be a surprise, but it’s one of the many reasons people keep returning to the restaurant. As Vanderwal said,

“King Neptune’s and the Cleary twins are practically one and the same at this point.”