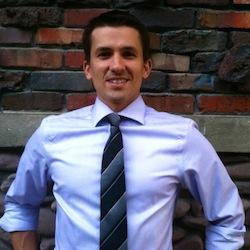 Hello. I am a writer and researcher freelancing for Cypress North, a Marketing Agency located in Buffalo, NY and also Design Missoula, a Montana based marketing and design agency.
I research and write online articles for clients ranging form auto insurance tips to wireless technology innovation. Creatively optimizing articles with stories and connections to business, links to valuable information, and ultimately provide the clients with top quality content to increase their online authority.

Believe it or not, there are college campuses in the United States that do not offer Wifi in the residence halls. Something about connecting an Ethernet cord to research a paper about the future of nanotechnology or another innovative science just doesn’t gel. And while some college campuses are slow to adapt, there are plenty of industries looking beyond routers and central hubs to explore the up and coming world of WiFi Mesh technology.

What is Wireless Mesh?

There are a couple ways to think about WiFi Mesh and a couple key vocab terms to understand before diving in. A WiFi Mesh network connects individuals, companies, and in some cases, cities or towns to a communication network. If a college campus began using wireless mesh instead of Ethernet cords, or even instead of wifi powered by routers, the campus would be entirely connected and not just by purchasing hundreds or thousands of hubs. Students on a campus could be communicating through skype while taking the shuttle, walking to and from the gym, or in the middle of the quad. The shuttle itself might be connected to the network and the commuter patterns of students could be used to improve the experience for off-campus students. This is made possible through the strategic placement of nodes.

Nodes are the arteries for which Mesh Networks pump decentralized connectivity. Cities with mesh networks install wireless nodes on street lamps to communicate to one another. Nodes are smart. With the ability to immediately and automatically connect to either the closest other node or the node with the best signal, these sensors make it possible for one piece of the system to fail and still not miss a beat. If you’re working in the library and the router closest to you fails, gets unplugged, or calls in sick, your work is finished for the time being. With WiFi Mesh, you wouldn’t know if the node closest to you failed because the signal would be picked up by the next closest in proximity.

What this means for the future of business?

Aside from connecting college campuses, cities, and rural towns. The WiFi mesh technology is revolutionizing the ways data collection is possible. With WiFi Mesh, it is not only possible to skype while riding public transportation, but to also count how many people take the subway vs the bus system vs commute via car and do so without a central access point. The possibilities are endless. Think about other ways businesses can use technology which allows devices to talk to each other. Equipment in a hospital, inventory in a warehouse, and cars on a highway are examples of how WiFi mesh can change the way we view the world around us and remove assumptions.

Everything! Data scientists drool over WiFi Mesh technology. Think of it like a twitter firehose but instead of measuring 140 characters or less, you’re measuring the living and breathing world. Traffic patterns, commuter use, crowd management. WiFi Mesh is a game changer and if you’re still using Ethernet cords to power wireless...now is your chance to be on the right side of technology trends!

First impressions are powerful. In the book Blink: The Power of Thinking Without Thinking, by Malcolm Gladwell, behavioral psychologists explore just how powerful an introduction, a glance, and even a split second can be to the decisions we make. This article attempts to explore how to use the force of those precious first minutes of viewing a property to your advantage.

Minds made up are minds tough to change. A great example of this happens in the book mentioned above, Blink. Gladwell suggests even our largest decisions in life (like purchasing a property) are made almost instantaneously.

He tells the story of students in a college class that are exposed to two seconds of the professor giving a lecture…with the sound off! The students complete an evaluation. Amazingly, those evaluations match almost identically to the evaluations given at the end of the semester after an entire 15 weeks of classes, lectures, labs, and exams. What does this have to do real estate? There is more going on below the conscious than any of us realize and it matters.

Unfortunately the real estate world, the process sometimes takes time. Let’s say, for example, you walk into a property and it strikes you. You’ve made a snap judgment possibly before walking through the door. Understanding this voice while understanding this will be a difficult conclusion to kick is vitally important for two reasons.

It will be tempting for folks to ask why do you feel this way”? or what about this property don’t you like”? and this cuts to the core of first impressions and snap judgments: it’s almost impossible to explain. It’s like when someone attempts to describe their perfect partner and writes it all down. It almost never matches what you actually find attractive or who you end up with.

Another example from Blink takes place at an art museum. A statue was being sold for 10 million dollars and before making the purchase, the art museum did their due diligence by checking with all sorts of governing boards and running all sorts of diagnostics over course of the purchasing process.

They bought the statue and brought it to the museum. Immediately, experts at the museum that had been around sculptures and studied them took one look and said “it’s a fake.”

When asked to explain why, the experts had a difficult time explaining exactly how they knew or what specific pieces of the statue tipped them off: they just knew. As time passed, it turns out they were right. Letters following the statue’s history turned out to hold fake bank account numbers and referenced false bank codes.

When you know you know:

Listen to the first seconds of walking into a property. It’s okay if you can’t explain exactly what you love about a certain room or what you don’t care for in the exterior of a building…when you know you know and sometimes it doesn’t need to get more complicated than that.