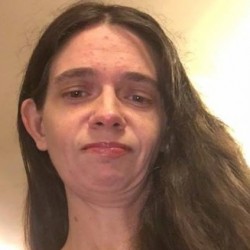 Frustrated with working low paying jobs in the service industry, Julie Wein found the courage and passion to pursue her goal of becoming a freelance writer. She began by writing for several local publications in and around Red Bank, New Jersey, where she was living at the time. As she gained more experience in the field and continued to refine her skils, she began writing several times a week for a now defunct celebrity gossip blog called "The Star Celeb." She then went on to expand her career by writing for various websites, on subjects such as technology and travel.

There is no doubt that social media has had quite a significant impact on the social policies of recent years. One reason for this is that the younger generation now takes an interest in subjects they never did before, due to the appeal of social media sites and the reach they have with those in key demographics.

2015 was the year for social media to make a significant impact on activism campaigns. One example of this is the Black Lives Matter movement, which was the subject of nine million tweets that year. It started the hashtag #BlackLivesMatter and has continued to spread like wildfire thanks to social media. This campaign made household names out of victims of brutality such as Freddie Gray and Sandra Bland.

Another example of the power of social media over activism is the deadly terrorist attacks in Paris. In January of 2015 Charlie Hedbo was attacked and as a result, the #JeSuisCharlie hashtag took on a life of its own in social media. Used over five million times, it has gone down in history being among the Twitter hashtags used the most.

In November of the same year, suicide bombers and gunmen ravaged Paris, taking innocent lives. Within minutes of breaking news reports on the incident, social media was already been used to send prayers and well wishes to the victims and their loved ones. The #PrayForParis hashtag was then included in the posts of millions of Facebook and Twitter users. Facebook was full of posts from members sharing pictures of the French Flag and drawings of the Eiffel Tower as a peace symbol.

Attack Against Islamic Student in America

After a 14 year old male Islamic student named Ahmed was arrested at his school on the grounds that he brought a homemade clock to school with him, the hashtag #IStandWithAhmed was launched on social media. Over 300,000 used the hashtag on Twitter, including President Obama. After Ahmed was released into his parents' custody he was welcomed with open arms at the Facebook headquarters and was even offered a Twitter internship and an MIT scholarship. This is one real life example of how social media has helped further the cause of those who have been unfairly targeted due to their nationality.

Refuge Crisis in the Middle East

When the Middle East fell victim to a refugee crisis the likes of which hadn't been seen since World War II, displaced refugees used social media to keep their loved ones updated on their safety and whereabouts. As social media sites began to fill with photos of Syrian children who had drowned as a result of the crisis, both citizens of Europe and human rights activists all over the world demanding that the gates be open by the government so that those in danger could flee to safety. This incident spawned the hashtag #RefugeesWelcome, which was used over 180,000 times and was among the top moments of the year on Twitter.

Social media has also led marriage equality becoming a hot topic around the world, especially among the younger generation that uses social media the most. After SCOTUS made it a worldwide law that same sex couples could legally marry, social media users all over the world celebrated the victory. Over 26 million members of Facebook updated their profile pictures with the hashtags #LoveWins and the #Pride rainbow flag in support of this decision. Within one hour of SCOTUS officially allowing same sex couples to marry, the #LoveWins hashtag was shared by social media members 284,730 times.

The Impact Of Social Media On Presidential Elections

It is fair to say that social media sites like Facebook have in large part contributed to the growing number of younger voters that went to the polls in the 2016 Presidential election. President elect Donald Trump has stated that he gives a lot of credit for his win, to Facebook. He said that he spent less money on his campaign than Hilary Clinton did, because Facebook did much of his campaigning for him. Trump feels that the power of social media in an election is stronger than the power of money spent on campaigns. He referred to Facebook, Twitter and other social media sites as being an excellent way to communicate, mainly because they provide him with the opportunity to dispute any negative claims the media makes about him.

Donald Trump was not the only Presidential candidate to use social media to their advantage, as Hilary Clinton did also. She used social media to make it easier for the public to ask relevant questions on Election Day. A team consisting of Clinton's campaign staff, volunteers and lawyers to field questions from Facebook and Twitter users. Collectively, the team engaged in roughly 70,000 interactions from November 1st through Election Day. They were contacted by those who were voting for Clinton as well as those who were voting for Trump.

It is safe to say that social media has changed the way in which social policies are handled all over the world.