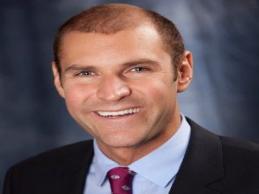 I’m one of those lucky people whose job is an extension of his hobby: I’m a digital communications consultant. What does that mean? Put simply, I help people to leverage the Web in all its splendor. Whether via a website, social network, blog, ad, or app, I identify and implement strategies to build brand equity, create buzz, and drive public opinion.

Before entering the digital space, where I’ve worked for Susan Davis International, Booz Allen Hamilton, and Rock Creek Strategic Marketing, I cut my teeth in “dead-tree” public relations and journalism. I flacked for the Cato Institute and the American Conservative Union, and hacked for Time magazine.

My writing has appeared in a plethora of publications, including Mashable, Fast Company, BuzzFeed, and Politico, as well as the book, What We Think: Young Voters Speak Out (2004). I’m regularly quoted in the media, including the New York Times, ReadWriteWeb, and Computerworld, and have spoken before organizations such as the American Marketing Association, the Public Relations Society of America, and Georgetown University.

I hold a BA in Government from Hamilton College, from which I graduated with honors for my thesis on the Iraq war.

The below article originally appeared in Fast Company in 2013.

How to Master the Art of Self-Promotion

How to be a showman without becoming a showboat. Or: How to make your message hot without looking like a hot dog.

Politics is a direct-response business,” declares the digital director of President Obama’s re-election campaign. “People do things if you ask them to do it, and … don’t … if you don’t ask.”

Exactly! In fact, this is true not only in politics, but also in social media. If you want your readers to click “like” or “retweet” or “reblog” or “pin” or “plus,” you gotta ask for it. Not for nothing do two of the web’s most popular sites—BuzzFeed and Mashable—serve up big buttons at the top of each article, beseeching you to “share me now!” What’s more, these icons now include the number of shares in real time, boxing you in with peer pressure: “Don’t share me—I dare you!” This is marketing at its finest: so subliminal, you think you’re making a considered choice.

Too often, however, those in the communications field blanch at making an explicit ask. We think of ourselves as marketers, not salesmen. We trust in the purity of our craft, rather than tricks of the trade. Yet there’s a reason “marketing” and “business development” often find themselves in the same job title. It’s because a marketing budget isn’t self-sustaining, but ultimately depends on the success of sales—those who make the ask for a living. As any salesman will tell you, products don’t “sell themselves.” People need nudges.

Once upon a time, doctors faced a similar predicament. Advertising their services was taboo—it hyped and vulgarized a serious and noble profession. Today, a scan of any local magazine reveals how this tempest in a teapot turned out: you can’t turn the page without seeing an ad from a dentist or cosmetic surgeon. These MDs advertise not because they’re constantly chasing clients, but because someone on the fence about, say, teeth whitening, may need a gentle reminder. The ask needs to be articulated.

Here’s a personal example. Take a look at my LinkedIn profile. How do you suppose I gained so many endorsements? (Some may call endorsements “meaningless”; I see them as a credibility check: “You call yourself a digital expert? Why doesn’t anyone else?”) I’d love to attribute this accomplishment to sheer brilliance, but the truth is, I explicitly solicited this support. I wrote a self-deprecating form letter to 100 of my nearest and dearest “connections” (LinkedIn doesn’t pretend they’re “friends”). And true to biblical form, because I asked, I received. Indeed, more than one person took the opportunity to ask that I reciprocate.

Here’s another story. Years ago, when cutting my teeth at a local PR agency, the boss called a staff meeting, at which she read a letter one of our clients had written to her praising an employee. When I later asked the given colleague how the letter came about, his reply was priceless: “You think Stacy [the letter-writer] got up one day and said, ‘Let me write a letter about how wonderful Bob is’?” The implication was left unsaid: they had developed a friendly relationship, wherein he had treated her to dinner and drinks, and in return for his generosity, he had floated the idea of a written endorsement (in its pre-LinkedIn meaning). Pure Chaucerian genius: nothing ventured, nothing gained.

Still skeptical? Consider this: no doubt you’ve bumped into a “splash page” or two over the years. This is a pop-up that splashes onto the screen, temporarily blocking the page you’re trying to access. It typically presents as a registration form (I’m looking at you, ragan.com) or an email sign-up (you know who you are, whitehouse.gov). These maneuvers are universally hated, yet they endure because they’re effective. The pop-up persists until you fork over your contact info.

Similarly, think of the messages clogging your inbox. As the Obama 2012 campaign—perhaps the pre-eminent case study for e-newsletters—attests, while most people see unrelenting emails as a bugbear, we don’t unsubscribe, no matter how often we’re inundated. Eventually, those fundraising appeals wear us down.

This is also why media outlets plop promos at the end of their articles. “Subscribe now to get more of the New Yorker’s signature mix of politics, culture, and the arts.” “Like the Daily Beast on Facebook and follow us on Twitter for updates all day long.” Even David Carr’s column in the Grey Lady includes an implicit ask: a link to his Twitter handle.

How Do I Preserve My Integrity?

And yet, marketers need not submit to the dark side entirely. After all, fundamentally, we’re communicators; our job is to frame a narrative, to commence a conversation on favorable terms. This is the first principle of communications.

A pro knows that in talking with a reporter, you don’t say, “Can I interest you in a pitch?” This implies that you’re requesting a favor. A pro says, “I have a great story for you!” thereby implying that you’re furnishing one. The difference is seemingly a simple matter of semantics. But when you’re in the business of public perception, semantics are everything.

To this end, construct your asks with care and precision. Avoid desperation and egocentrism as if it were the plague. Enlist humility and humor when high-fiving yourself.

Unless you’re Apple, don’t call your new product “revolutionary.” Instead, offer this up as one of your “favorite” projects. Say you were “honored” to be part of the team.

Contrary to conventional wisdom, you can inspire your fans to share and spread your content without cheapening your message. You can write “Please RT” without becoming Willy Loman. You can “like” your own updates without becoming Ayn Rand.

Nobody pulls this off better than Reuters’s Jack Shafer, who closes each column with a new and amusing plea to send hate mail to Shafer.Reuters@gmail.com, yell at him on Twitter at @JackShafer—and, oh yeah, sign-up for his email list and subscribe to his RSS feed.

You, too, can assemble an arresting ask. You just need to stop associating self-promotion with Kim Kardashian. Self-promotion is an inescapable part of today’s creative process. If you don’t believe in yourself, no one will.