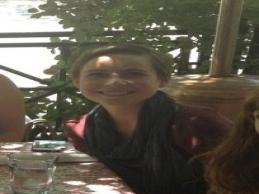 Hello, my name is Jackie and I am a second-year graduate student studying Art History. I am also a researcher and undergraduate teaching assistant. I enjoy writing, have experience writing and editing for a variety of purposes and in relation to a variety of topics, and I can easily adhere to deadlines. I received my undergraduate degree from the University of Montana in History with a minor in German. My writing experience includes, though is not limited to: Academic papers, requests for funding, grant writing, abstracts, and blog-entries. I also have experience editing papers and essays through my position as a teaching assistant. I have attached two of my latest works below including: An abstract (250 words) and a request for funding (700 words). I also have several academic research papers that I can send to you upon request. Since beginning my Masters, I have not written on my blog. Thus, the posts are outdated but I have supplied the url for good measure. My reason for joining content runner is to continue using my writing skills on a diverse range of topics over the summer months.

I currently live in Eugene, Oregon and intern at the University of Oregon's Jordan Schnitzer Museum of Art. I am a curatorial intern conducting object-based research on a collection of fifty European artworks recently bequest to the museum. I plan to apply to the University of Oregon's Art History Ph.D program after completing my MA at Montana State next year. In my spare time, I enjoy trail running, hiking, biking, and a variety of sports such as soccer and softball in the summer months, as well as baking and reading.

Known as one of the most important German painters of the twentieth-century, Max Beckmann is notorious for painting pictures loaded with deeply felt, disturbing, and/or esoteric content often characterized as “transcendental symbolism.” Well-hidden in his large-scale compositions excessively filled with symbolic material objects and post-WWI inspired scenes of human cruelty, scholars have failed to recognize a small, yet significant iconographic trend reoccurring throughout Beckmann’s oeuvre. The hands of his subjects (including his self-portraits) constitute a continuous and developing mechanism signifying the artists’s inner anxieties related to his new elite social status as well as his relationships with those who ultimately helped create influential cultural institutions of the Weimar Republic during its tumultuous founding and rule from 1919 - 1933. As this paper will show, the hands Beckmann painted can be seen as being more closely related to the psyche, social status, and the political power held by the subject(s) he painted that reveal a new avenue of interpretation to Beckmann’s commentary on politics and society during the Weimar Republic than were expressed in written words. By examining a variety of depictions of hands beginning with Beckmann’s earliest sketchbooks dating from the 1890s to his paintings and drawings completed during the Weimar Republic, we may come to appreciate a new vein of symbolism that can help us understand Beckmann’s portraits and multi-figured works in a more complex manner simultaneous with illustrating the personal, societal, and cultural nature of the pre-Nazi German state.

As a Montana State University Masters student in Art History and as a member of the German Studies Association (GSA)—a multi- and interdisciplinary association of scholars in German, Austrian, and Swiss history, literature, culture studies, political science, and economics who publish the scholarly journal entitled, German Studies Review— I would like to request funding to attend the upcoming 38th Annual German Studies Association Conference in Kansas City, Missouri September 18 - 21, 2014 so that I may present my paper to a diverse and advanced scholarly audience. My paper entitled, “Expressive Trends: Max Beckmann’s Symbolic Hands” presents my latest research findings from a research trip funded by the Student Opportunity Grant offered through the College of Arts and Architecture received in the fall of 2013. My paper is foundational to my thesis and will be presented at the “The Shifting Socio-Cultural Landscape after WWI” session that includes an audience of history and language professors from across the U.S. and Europe. Other sessions at the conference I plan to attend include topics related to art, identity, politics, and history that will engage and challenge my current understanding of German art history through the exchange of observations and knowledge from leading scholars in the field of German studies. Attending the conference will also refine the content of my thesis and provide important scholarly connections for my success as a student at MSU along with my professional development after graduation.

In addition to attending three days of conference seminars and presenting my paper, of special interest to me is the Nelson-Atkins Museum of Art and the National World War I Museum located in Kansas City. A research trip to the museums’ collections, exhibitions, and meeting with museum curators serves as a secondary purpose for my going to Kansas City in September. The topic of my thesis examines the artwork of one of the most important German painters of the twentieth-century, Max Beckmann. Beckmann served in the First World War and his experience is known to have radically changed the style and concept of his Post-WWI artwork. The exhibition on view at the National World War I Museum entitled, “On the Brink: A Month That Changed the World,” and meeting with exhibition’s curators will help me examine the socio-political climate in Europe during the time Beckmann enlisted to serve in WWI. The exhibition looks into the underground organizations, diplomatic communications and international published newspaper stories, photographs, and quotes from diplomatic sources collected from archives around the world including: Austria-Hungary, France, Germany, Great Britain, Italy, Russia, Serbia, Slovenia, and the United States. My attendance at the GSA Conference is especially important given MSU’s current focus on national and international prominence in research, creativity, innovation, and scholarly achievement that fortifies the university’s standing as leading public research university. Thank you for considering my request. Please let me know if you need any additional information that may influence your decision to approve funding.