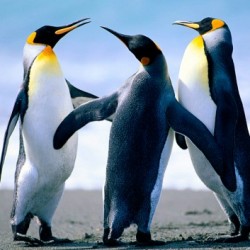 Amani is currently persuading his Bachelor of psychology at Grantham University. His number one goal is to create well written, highly informative content that can draw visitors to a website and keep them there. He takes a great deal of pride in being able to take topics that interest him and turn them into well written content for a variety of outlets.

Feel free to send him your projects anytime through CONTENTRUNNER . He is available to write 24/7.

Ever imagine having gold in your IRA? It is, of course, a trend that caught on. It diversifies your retirement portfolio, gold acts as an insurance policy against inflation its value increases with inflation. In this article, I am reviewing Blanchard Gold on the basis of online reputation and a recent phone conversation I had with Blanchard Gold. I will start by giving a brief on the company’s background, then the company’s reputation from online sites, then, from the phone call conversation I had with them. Hopefully from this review exposing the bad and good of Blanchard Gold one will be able to make a better decision about an IRA rollover.

Blanchard Gold is a company founded in 1975, located in New Orleans, Louisiana. Its activities are carried out in the United States, and Blanchard Gold is one of the largest dealers in a retail investment of precious metals.

According to BBB review, I found Blanchard Gold has a negative review and low customer complaint count, though only a third of the complaints were amicably settled. A delivery issue and product service complaint.

According to BCA (Business, Consumer Alliance), I observed Blanchard Gold has been awarded a BBB standard for a business that has low consumer complaints and any consumer related services that are often breached. However, I noted there is no customer review that has been left at the BCA.

Trust Link has a one-star rating out of five on Blanchard Gold based on one review. This review I found to be mostly negative and talked about Blanchard Gold charging excessive fees and commissions. Interestingly, I noted other companies dealing in precious metals reviewed on the trust link had more stars up to five stars for one of those companies.

I also found interesting reviews on Gold Dealer Reviews. Blanchard Gold has an Overall rating of 1.6. They have one negative review of a client who complained of high premium on coins and goes on to say that a coin bought for $950 in 2009 and now retails for $1700 wouldn’t still earn him any money.

I found more reviews on Ripoff Report. There were three negative reviews about Blanchard Gold. The company salespersons were put into a question on these reviews. One was negatively reviewed for lying about the value of some coins and the coins potential; another was negatively reviewed for withholding information about a high trading coin; another was in the bad books for over salesmanship. The company was also on the spot for making a huge correction and their values tanked after that. Most reviews showed that customers wouldn’t recommend their services to friends or family.

I checked for online reviews from Pissed Consumer and I found four reviews on Blanchard Gold. One review was from a satisfied customer who has had smooth dealings with Blanchard Gold. Three reviews were negative and high premiums and claims of lies were again present. One customer claimed that he was sent an empty box with no coin.

Another site I had an interest in checking for reviews is Yelp. I found no reviews on Blanchard Gold.

I visited the Trust Pilot website too for reviews, found no reviews on Blanchard Gold Company.

I went ahead to check for reviews on Facebook as one of the ways reviews can be channeled. However, I found no review of Blanchard and Company Inc.