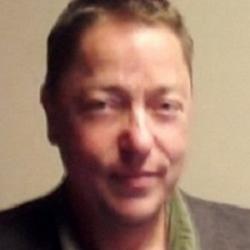 I'm a freelance writer and entrepreneur on the California coast. I have a BA in Social Science and MFA in Creative Writing with a minor in Classical Archaeology from San Francisco State University. I taught Creative Writing there for two years.

After grad school, I dealt in imported clothing, gifts and jewelry. I've sold on eBay and Amazon. I also worked as a shoe consultant for Macy's California, as a floral designer for two florists and as an editor. I've been writing full-time since 2009.

It's a pleasure to craft engaging articles on many subjects, each tailored to a specific target readership. Researching, writing, polishing my work gives me a great deal of satisfaction, and I like to help people get the results they want.

Voles can make short work of a bulb bed, especially if you grow tasty tulips. Crown imperials and daffodils generally don't appeal to voles, also called meadow mice, and may even help to repel these burrowing garden pests. When voles invade, make the garden inhospitable to them and consider using fences or wire baskets to protect your flower bulbs.

Planting borders of bulbs that voles don't like protects plants they prefer. Daffodils (Narcissus spp., U.S. Department of Agriculture plant hardiness zones 4 through 8) and crown imperials (Fritillaria imperialis, zones 5 through 8) are relatively resistant to herbivores, according to researchers at Cornell University who tempted voles with 30 kinds of bulbs and reported their results in the HortTech journal. Crown imperials and daffodils aren't preferred foods for voles, and the fox-musk smell of crown imperials generally repels them. Tulips are a major target for voles. Interplanting crown imperials with your tulips can help to repel voles.

Voles reproduce rapidly. Female voles have multiple litters each year. If preferred foods aren't available, they may eat plants they usually avoid. Voles eat bulbs, herbaceous foliage, tubers and seeds, and also feed on tree roots and bark. To tell voles apart from moles or gophers, look for paths between their underground tunnels. The worn paths usually have a cover of grass or other plant material. Their tunnel openings are about 1 1/2 to 2 inches wide. Vole populations tend to peak and then decline, even without human intervention.

The fewer comforts your yard and garden provide these pests, the lower the risk of voles settling in to make more voles. Protect garden bulbs from voles by making the beds and nearby areas free of camouflage. Feeding above ground makes voles more vulnerable to predators than most burrowing garden pests. They tend to hide in weeds, mulch and their covered runs. Mow grass regularly, clear weeds, brush and debris so they have no place to hide. Clear thick mulch such as bark and wood chips away from the bulbs. Prune branches that hang near the ground. Maintaining a 15-foot strip free of vegetation around the garden deters voles, advises the University of California Statewide Integrated Pest Management Program.

Protect flower bulbs after you plant them by placing chicken wire on the ground over the garden bed. Spread a light layer of mulch over the wire. This barrier keeps voles from harvesting the bulbs from the surface. The chicken wire also protects bulbs from disruption by squirrels. Remove the chicken wire before the plants emerge from the soil in the spring. For greater protection, keep voles out of the bulb bed with a fence. Make the fence at least a foot tall out of 1/4-inch wire mesh. Bury the base of it 6 to 10 inches into the soil to prevent them from digging under it. Practicing vole control with natural methods spares your garden from poisons that can contaminate plants and water. Traps and poison bait for voles can present a risk to other wildlife, pets and children. If you do opt to use poison to kill voles, always read and follow product instructions and store the products safely.