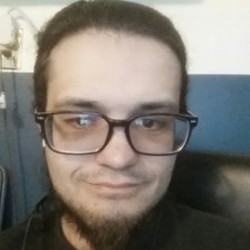 They can boost of self-esteem. They can give a sense of belonging. They can make people feel self-actualized. Yes, it is true; video games can do more for people than just help them have fun.

According famous psychologist Abraham Maslow’s 1943 theory, self-esteem, belonging, and being self actualized are three of the basic needs humans require to survive. His theory was titled Maslow’s Hierarchy of needs.

Sal Carroll, psychology teacher at Pittston Area High School, says,“In psychology it is very interesting what things make up the melting pot that we call our brain.”

Games can be a means to fill people’s material needs in modern climate using a resources such as Youtube or Twitch to connect with a community like a performer during a concert.

“There are plenty of people who play games for a living, like Markiplier or Pewdiepie,” said game commenter Austyn Pivarnick from the Youtube channel “The Piv”. “I may not make enough to live on playing games, but plenty of people like them can.”

While it is true that some people can fulfill monetary needs from games, this is not the only reason people play, just the most identifiable one for a fraction of people. Most people play games for Maslow’s three psychological needs according to a Game Theory  video titled “Why You Play Video Games (1 Million Subscriber Special!)” by Youtuber Matthew Patrick.

Patrick, more commonly referred to by his call sign MatPat, is the creator of the Youtube channel, Game Theory. Ironically Patrick fulfills his needs without playing games at all, but instead analyses them like a detective.

Patrick is a prime example of how people feel self-actualized from games according to his own words in his video. “The games I’m drawn to are the one that I can pick up and quickly make progress.” Some people need to prove their competence like Patrick, normally by beating a challenging game. However, Patrick not only does that, but also does so by proving things that most people would just gloss over.

Carroll explain Patrick’s need for competence, saying, “That sense of accomplishment is from a chemical in our head called dopamine. It gives us a quick ‘feel good’ jolt when we do something we view as an accomplishment.” Carroll continues to say that all humans are dependent dopamine in a good way.

According to Carroll, if someone had no dependence on dopamine and went through a deficiency they will begin feeling signs of depression. Jeremy Reece, a student of game design at Rensselaer Polytechnical Institute, said, “Video games make you feel good, otherwise we wouldn’t play them.”

Self-esteem is the second section on the Hierarchy of Needs and the lack of it can lead to a feeling of inferiority. “The need to feel like you matter is the entire basis of self-esteem,” said Carroll. The creation of the genre of the role-playing game, or RPG for short, gave gamers a sense that their choices matter.

“I love RPGs,” said Pivarnick, “I’ve played through games like Mass Effect a bunch of times just to see what can be different if I do something a different way.” Pivarnick’s RPG of choice, Mass Effect, puts players in a position of power with different stories unfolding based on the player’s decisions.

The choices presented can result in very different outcomes, but what is interesting is that games like Mass Effect don’t always provide choice, just the illusion of choice, according to Reece. There are only about a handful of choices that alter the direction of the game, and the rest of the choices are merely circumstantial.

“It's like deciding to say ‘thanks’ or ‘thank you,’” explains Reece. “The game gives you a worthless decision that will affect nothing game-wise, but still make you feel like you had a decision. Games like Mass Effect have something like 2% of choices that matter, 8% may get brought up later, and like 90% do not, and will not matter.”

Carroll disagrees with the notion that those decisions are pointless. “We make useless decisions all the time, every day,” said Carroll. “People craft personality on useless choices. Clothing, hairstyle, how we speak. Sure, they matter very little, but the thing about them that is important is that they are ‘our’ choices.”

The last part of Maslow’s mental needs is belonging, or feeling like you contribute to a greater whole. It operates on our need to interact with other humans and feel like we can be a cog in the bigger machines called communities

Online play in games like Halo or Call of Duty assign players ranks based on how much time and effort they put into playing. “Knowing where you stand can help you know your skill, but it also gives you a foil,” said Carroll. “Since you can see who you are up against you intrinsically know that you aren’t alone.”

Not all games have a ranking system, but some other games have cooperative play, which make people work together as a team. Pasha Chorba, another game design student from Rensselaer Polytechnical Institute, said, “Me and my roommate spent a lot of time playing games like Fable and Borderlands together,” said Chorba, “That is actually how we realized we would click as roommates.”

According to the Hierarchy all three of these are the basis for keeping humans mentally sound and stable. Video games may have more meaning that just a way to have fun.